Petition for Safaricom to Lower M-PESA Charges Tabled in Parliament

Telkom in its petition argued that Safaricom is dominant in the local market and must be restrained from causing the collapse of its competitors.

Telkom Kenya has filed a petition in Parliament seeking to have Safaricom lower its M-Pesa transaction fees to other platforms.

The telco noted that Safaricom has cheaper mobile money transfer rates for its customers but charges high rates for money transfers to other networks arguing that it is an uncompetitive behaviour.

Telkom in its petition argued that Safaricom is dominant in the local market and must be restrained from causing the collapse of its competitors.

The National Assembly has since forwarded the petition to the Senate Standing Committee on Information, Communication and Technology. 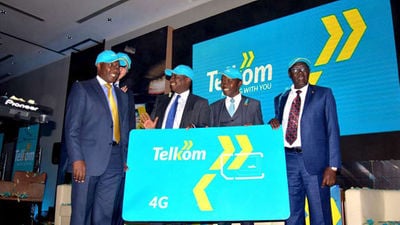 Charges for transferring money from M-Pesa to customers of rival mobile money platforms fall under the “unregistered users” category and can be more than four times higher than fees among Safaricom’s customers.

“Safaricom charges should be uniform for cross-platform money transfers, in line with the AM recommendation, on both USSD [SMS-based technology] and STK [SIM card-enabled] transfers,” Telkom Kenya said in its submission.

The telco further argued that Safaricom's tariff structure has enabled it to attract customers and keep them while giving a little incentive of transferring cash to other mobile money platforms.

Transferring Ksh1,000 from one Safaricom user to another, costs Ksh12 whereas it costs Ksh49 to remit the same amount to a recipient on another platform.

Transferring Ksh10,000 from M-Pesa to a different mobile money platform costs Ksh205 which is 2.3 times more than the fee on transactions among Safaricom customers.

M-Pesa customers can send each other up to Ksh150,000 in a single transaction but the highest value that can be remitted to another platform is capped at Ksh35,000.

“The CBK should set a firm deadline for full mobile money interoperability and impose financial incentives designed to ensure Safaricom co-operates in implementing agent interoperability by the specified deadline," Telkom said in the petition.

It further requested that Safaricom be broken up into separate units offering mobile money and telecommunications services.

Safaricom in its submission to the committee refuted allegations that it is using its dominance to outmuscle rivals out of the market.

The company said there was healthy competition in the industry and that any player could build its market share through increased investments and innovation.

“Safaricom does not have any market power and therefore Safaricom cannot act independently of other players and consumers.

“It is our position that there should be no adverse regulatory actions that would stifle the growth of the industry. There is room for a great investment in the industry and we look forward to seeing additional investment by other players into the market," Safaricom CEO Peter Ndegwa told the committee.

This comes days after Airtel submitted before the same committee that local regulators had been reluctant to declare Safaricom a dominant player despite having a market share of more than 50 per cent, a threshold that has triggered such designations in other markets.

Upto 50% Offer on the Best TVs in Kenya; How to Buy