Relief for Farmers After NCPB Offers to Buy Maize at Ksh3,000 Per 90Kg Bag

Farmers in the country have been handed a boost after the National Cereals Produce Board (NCPB) offered to buy their maize at Ksh3,000 per 90Kg bag.

Farmers in the country have been handed a boost after the National Cereals Produce Board (NCPB) offered to buy their maize at Ksh3,000 per 90Kg bag.

This is the second review in two weeks after which the state agency increased the price by Ksh300 from Ksh2,700 to Ksh3,000.

“The new price will enable farmers to get value for the maize delivered to us,” NCPB Managing Director Joseph Kimote said on Wednesday, December 29, 2021. 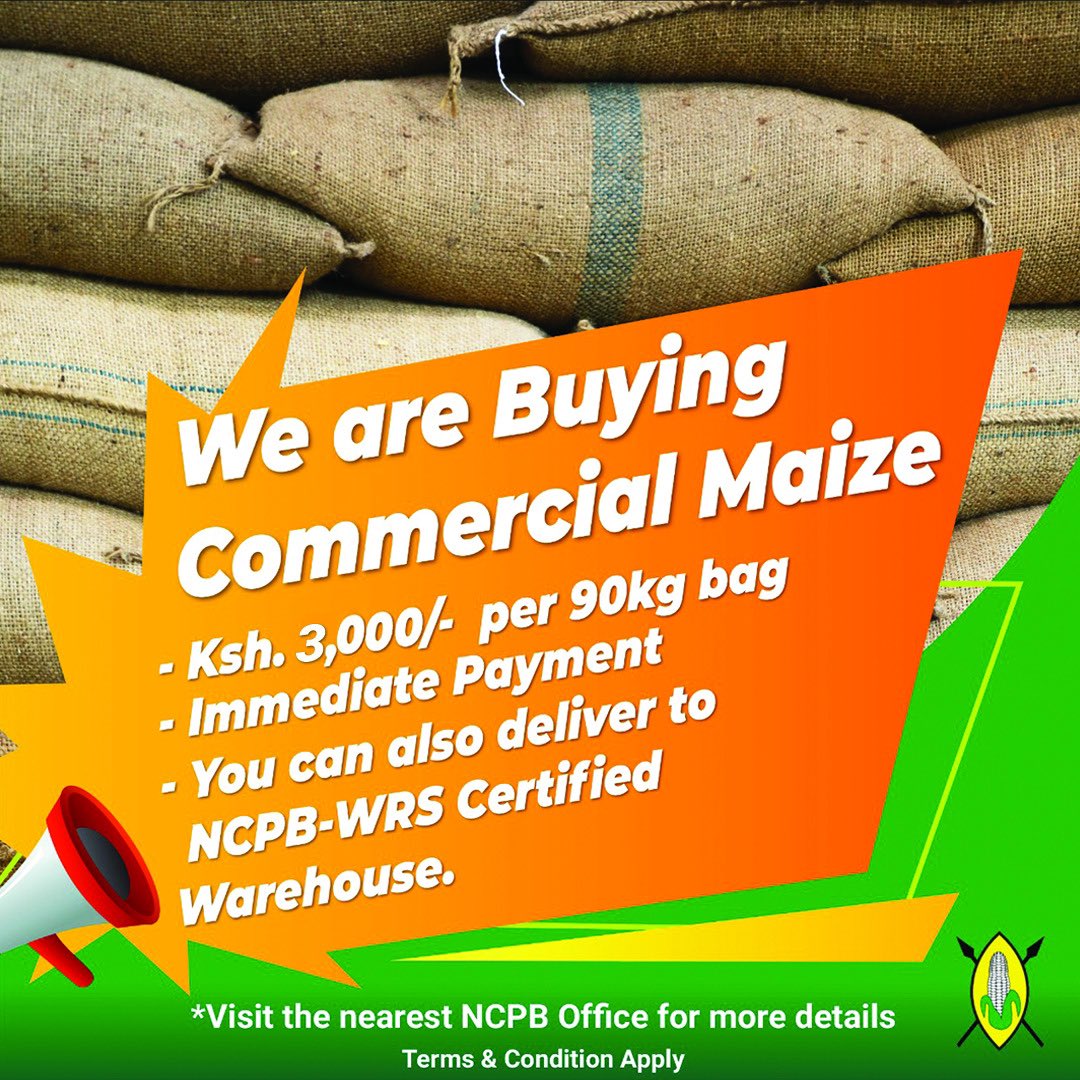 However, the new increase in maize prices is set to pile pressure on millers as two kgs of maize flour currently retails at an average of Ksh100.

Farmers across the country had raised concerns over poor prices, noting that the high costs of seeds, fertiliser, and other expenses had turned maize farming into a loss-making venture.

Kimote told farmers that the payment for maize would be within 24 hours of delivery at the NCPB depots countrywide.

The maize is being acquired for commercial purposes.

“There are no administrative conditions for one to deliver maize to the board as long as the produce meets Kenya Bureau of Standards grade I and grade 2 qualities,” Kimote said.

He further noted that NCPB will also offer storage at competitive rates.

Kimote said that farmers can opt to store their maize under the Warehouse Receipt System (WRS) or under regular warehousing.

NCP is also offering other services such as drying, cleaning, grading and testing for aflatoxin.

Last week, millers in the country wrote to Agriculture Cabinet Secretary Peter Munya warning that they may be forced to review the prices of flour upwards over the increase in maize prices. Steps to Take When Buying Land to Avoid Being Conned