Journalist Who Cried Interviewing With Uhuru Says He Missed His Call

Dennis Mudi, the young journalist who was captured on video crying while interviewing President Uhuru Kenyatta in Mombasa revealed that he missed the latter's call after being caught up in a noisy matatu.

In an interview with the Standard, the 20-year-old said he was caught unaware by the call just as he was during the interview which has since gone viral.

"The president asked me to visit him at State House. He promised to help me grow both financially and professionally. However, things have not gone as expected and I’m yet to meet him. He called me recently while I was travelling and I missed his call. I called back but I couldn’t get through. I believe he was busy. 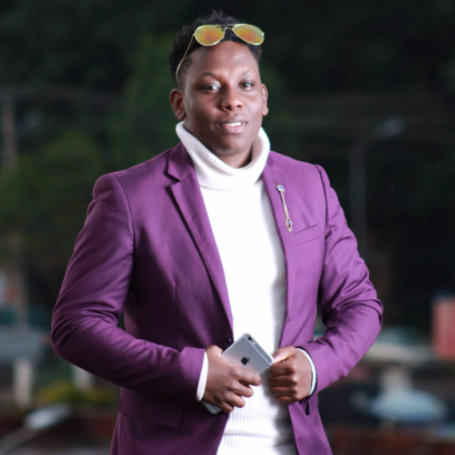 I was in a very noisy matatu. I didn’t have the number on my phone, but Truecaller indicated it was him. I had travelled to Mombasa for my show, ‘Hustle Mtaani.’ Coincidentally, when I was finishing my interviews at around 7pm, the president arrived at the scene. This was a golden, once-in-a-lifetime opportunity for me.

Actually, it’s the president who spotted me first and approached. He asked me what I was doing there and upon hearing that I was shooting for my show, he jokingly requested for an interview. I almost went into depression. Everyone was commenting negatively about the video clip. That really dealt a blow to my self-esteem.

Within hours of the botched interview, I was trending for the wrong reasons. But a few celebrities encouraged me. In the end, the experience made me a better person," the upcoming journalist said. It affected me psychologically. It reached a point that I decided to quit and do other things. The interview raised expectations and people started seeing me as someone who has already made it in life.

Some would ask where I had parked my car, yet I don’t even drive. Others would ask me why I was still recording my shows with a phone when I had recently met the president. There was too much pressure."

A video of Mudi crying went viral and has been shared on the interwebs and the young journalist says he was overwhelmed by the presence of the head of state and could not contain his emotions.

In Photos; Check Out How Senator Susan Kihika's Wedding Went Down

Kamene Goro Quits Kiss FM, to be Replaced by Kwambox