From Pushing Donkey Carts to a Billionaire: The Andrew Ngirici Story

The mogul is known to be among the wealthiest individuals in the country and in November 2021, made the headlines when he claimed that he has more money than the Central Bank of Kenya (CBK).

Billionaire businessman Andrew Peter Ngirici is no newcomer to the country's political scene and the world of controversies.

He is the husband to Kirinyaga County Woman Representative Purity Wangui Ngirici and was responsible for bankrolling her election. He is also believed to have had a hand in the election of Governor Anne Waiguru.

The mogul is known to be among the wealthiest individuals in the country and in November 2021, made the headlines when he claimed that he has more money than the Central Bank of Kenya (CBK). 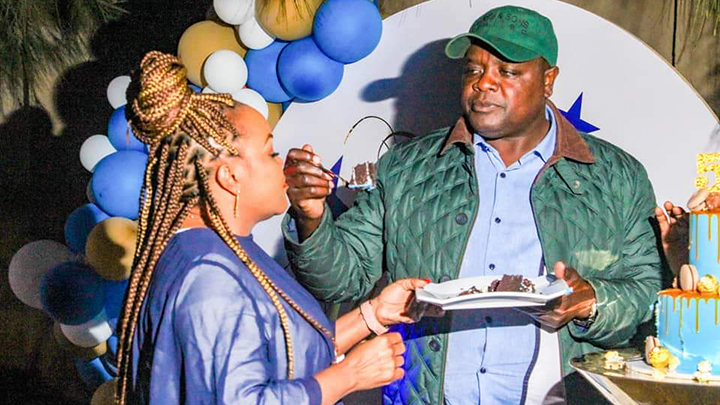 This was after his wife was involved in a row with Waiguru over a billboard in Kirinyaga County.

Taking a swipe at the county government, Ngirici claimed young men had been paid little money to remove the billboards, adding that those who want money should go to him as he is “richer than CBK”.

Ngirici is known to lead a lavish lifestyle and does not shy away from splashing the big bucks to ensure his comfort.

He owns several businesses that afford him the comfort of some of the most luxurious cars in the world as covered by Nairobileo.co.ke in a previous article.

Despite the fame and glamour that accompanies the billionaire in his rich life, little is known of how he came to be the powerhouse he is today.

None of his siblings is reported to have made it to secondary school and two of his brothers made a living doing menial jobs in Kerugoya Town, Kirinyaga County.

The businessman is even said to have protested a decision by his mother to force him back to school.

To earn a living, Ngirici started out washing cars, and pushing donkey carts for one Mzee Arthur Munyi in Kaitheri village, Kirinyaga County.

His mother later got him his own cart and to make an extra coin, he would supply beer crates for Mzee Munyi.

His life underwent a complete transformation when he met former government spy James Kanyontu who hired him for his services.

Mzee Munyi later passed on after he was involved in a road accident.

Kanyotu landed a job with the Mzee Jomo Kenyatta government as a spy and false served under Mzee Daniel Arap Moi.

Reports indicate that Ngirici's fortunes began to transform when he sold the parcel of land he inherited from his father to Kanyotu for Ksh780,000. With the money, he bought two second-hand matatus with which he began operating.

He would later invest heavily in matatus and buses as his business grew. 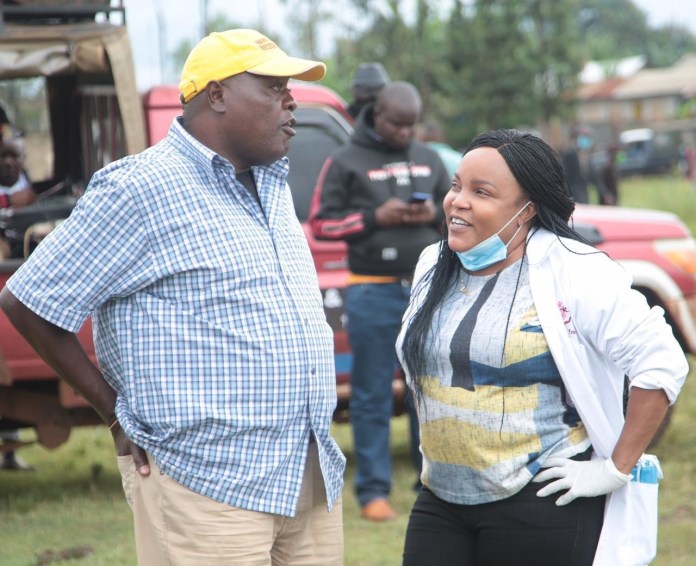 All through, Ngirici and Kanyotu were close and he took a leaf off the latter's investment book. The businessman began diversifying his investment portfolio and ventured into other sectors including real estate, media, large scale farming, mining, among others.

Ngrici is his wife's number one fan and chief campaigner. In 2017, he heavily funded his wife's campaign that was marked by multi-million cars and choppers. Wangui won in the Jubilee nominations, ousting incumbent Winnie Karimi Njuguna. She was succesfully elected Kirinyaga County Woman Rep on August 8, 2017.

“When you see me here I come as Wangui’s supporter but when we get to our home, she is my wife and nothing short of this,” he stated during one of the campaigns.

He is also at the forefront of his wife's gubernatorial bid ahead of the August 9, 2022, General Elections.

The billionaire businessman owns a lavish home in Runda, Kirinyaga and a fleet of luxurious cars