The Kenya political scene has been undergoing a revolution, with more women leaders being elected and appointed to top positions as compared to before. In the last election, three women became trail blazers after they were elected the first female governors in the country's history.

The three were; Anne Waiguru (Kirinyaga), Charity Ngilu (Kitui) and the Late Dr Joyce Laboso (Bomet). A part from the three, there are many other female leaders who occupy top positions and wield immense power in the country.

While the public knows much about the women, very little is often known about their partners. In this article, Nairobi Leo reveals the husbands of some of the powerful women in the country.

He is the husband to Homa Bay Woman Rep and 2022 gubernatorial hopeful Gladys Wanga. Not much is known about George is he rarely appears in the media.

He was first introduced to the public by his wife when she was launching her Homa Bay gubernatorial bid in February 2022.

During the event, the vocal Woman Rep hailed her husband and appreciated him for getting her out of Kano, Kisumu County which is known to flood especially during the rainy season..

“The man standing next to me is called George Wanga (her husband), he is the man who went through all the troubles to come to our home in Kano, a place where sometimes we are being swept away by floods, and rescued me.

"He is the cock of my home who braced through the floods and mud just to come and get me. I can’t leave this man because of the great things he has done for me,” she said. 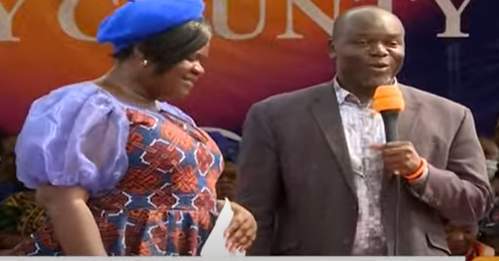 He is the husband of Kirinyaga Governor Anne Waiguru; making him the County’s First Gentleman.

Waiganjo and Waiguru got married at a traditional wedding ceremony held in Gichugu in July 2019. Waiganjo is a respected lawyer in the country. He is also a political commentary.

Speaking during an interview in 2019, the couple noted that their relationship began ten years ago when they met at a ferry while heading to a conference in Mombasa.

They had their first date at Thai restaurant in Nairobi, and as they say, the rest is history. 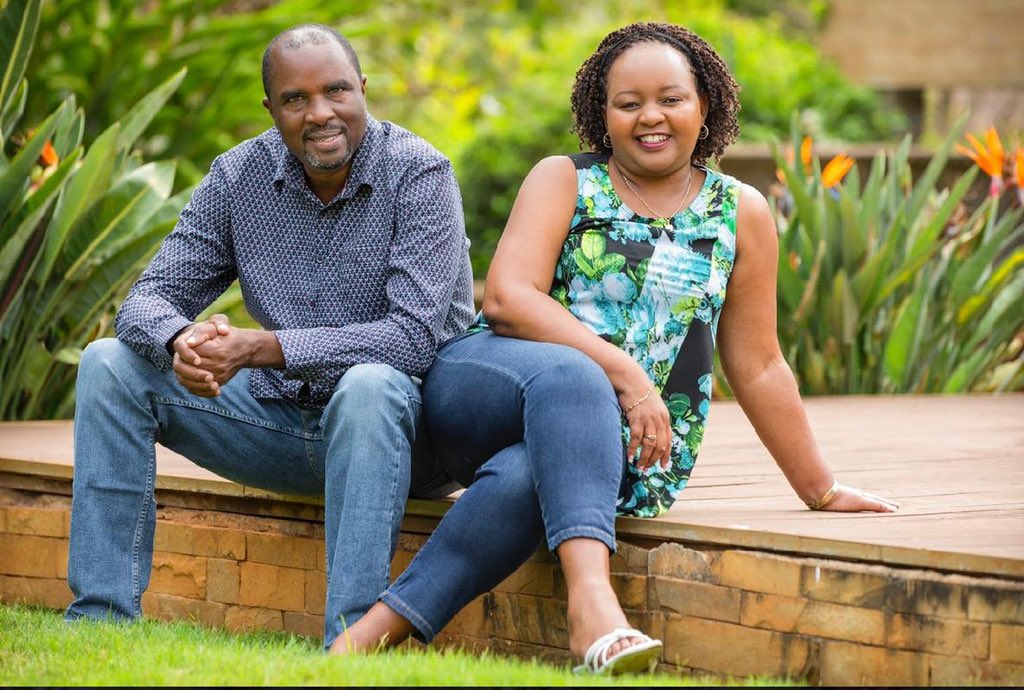 He is the husband to Kirinyaga County Woman Representative Purity Wangui Ngirici. He is among the wealthiest individuals in the country and in November 2021, made the headlines when he claimed that he has more money than the Central Bank of Kenya (CBK).

None of his siblings is reported to have made it to secondary school and two of his brothers made a living doing menial jobs in Kerugoya Town, Kirinyaga County.

To earn a living, Ngirici started out washing cars, and pushing donkey carts for one Mzee Arthur Munyi in Kaitheri village, Kirinyaga County. His life underwent a complete transformation when he met former government spy James Kanyotu who hired him for his services.

He invested his earnings in the transport sector, real estate, media, mining, and farming among others. Today, the Ngiricis are known for their flamboyant lifestyle.

The Ngiricis own a lavish home in Runda, Kirinyaga and a fleet of luxurious cars. 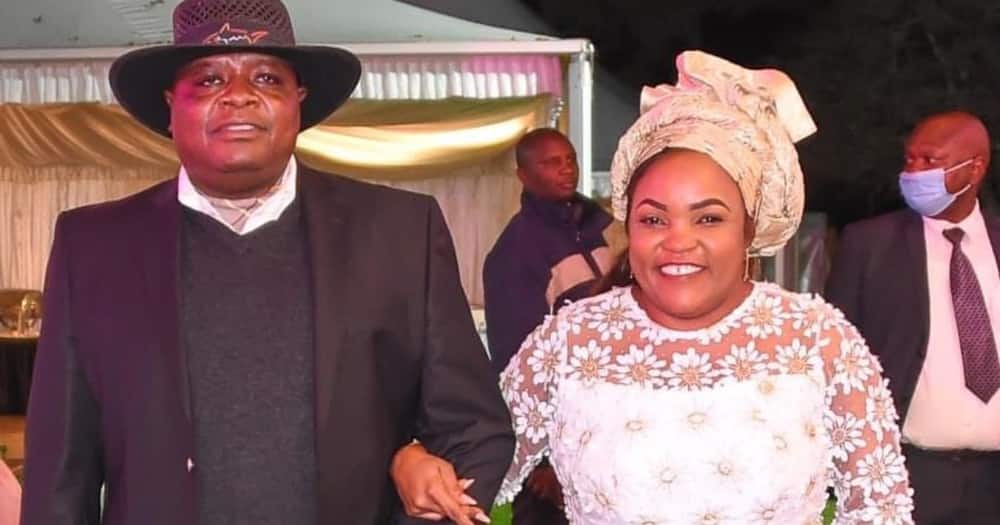 He is the husband to Uasin Gishu Woman Rep Gladys Shollei. The two got married on December 12, 2020, 12 months after the latter divorced her husband Sam Shollei.

Not much is known about Horn. However, details on his website indicate that he is a Specialist Psychiatrist based in South Africa.

He is said to have served as a psychiatrist in Cape Town for more than a decade after having established his operations there in 2004. 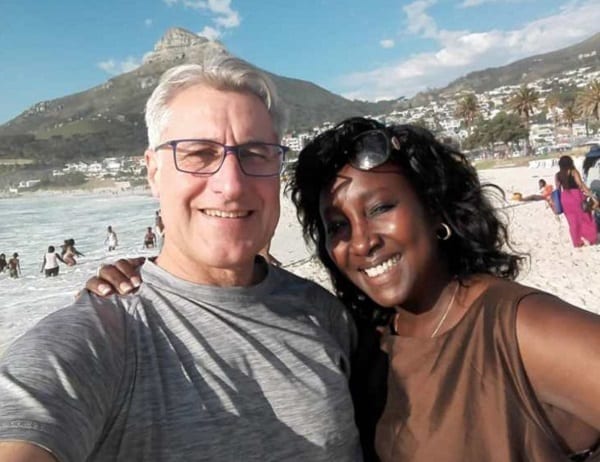 He is the husband to Nakuru Senator Susan Kihika who is eyeing the county's governorship in the August 2022 general election. Kihika and Mburu tied the knot in a traditional ceremony in November 2020.

The ceremony was attended by among others Deptu President William Ruto who is a close friend of the couple.

Not much is known of Mburu as he has successfully kept off the limelight. However, media reports indicate that he is a successful businessman with investments worth millions. 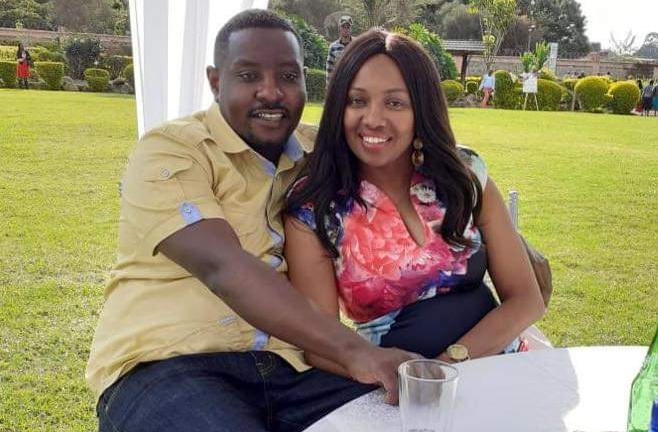 He is the husband to Nominated Senator Millicent Omanga who is aspiring to be the next Nairobi County Woman Representative. Reports indicate that the couple met at The University of Nairobi where the senator was a Journalism student. They have been married for over a decade.

Dr Nyamiabo is a medical practitioner with vast experience in research on HIV and AIDS. The two are blessed with two children; Wayne and Maya. According to the Senator, her husband has been very supportive in all her endeavors.

"Today I celebrate my Husband Francis Nyamiobo, the pillar behind my political strength. I am so grateful for him. Tumetoka mbali (We've come from far)," she wrote in a 2017 post on her social media pages. 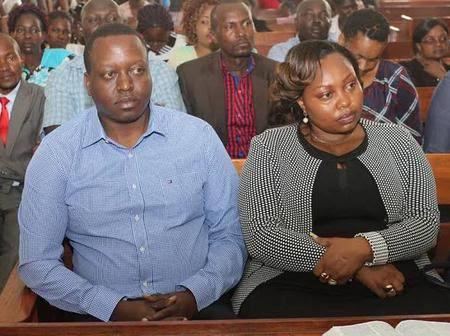 In addition to the six, other powerful women include Millie Odhiambo who is married to Zimbabwean Magugu Mabona; a Hotel and Catering management professional, Murang'a Woman Rep Sabina Chege who is married to Mr Maina Gathito, the former Kenya Dairy Board acting general manager. 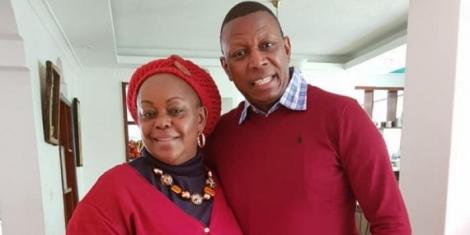 Meet Pastor Who Could Become Kenya's Second Most Powerful Woman