The law prescribes punitive measures to be taken against those found to be driving while under the influence of alcohol. It was re-introduced after the number of accidents increased across Kenyan roads.

“A person who, when driving or attempting to drive, or in charge of a motor vehicle on a road or other public place is under the influence of an alcoholic drink or a drug beyond the prescribed limits, shall be guilty of an offence,” the law reads in part.

Under the new Act, those found guilty risk a fine not exceeding Ksh.100,000, a two-year prison term, or both.

While the law is familiar to many Kenyans, especially drivers, not many know that the original draft was done by renowned lawyer Donald Kipkorir. 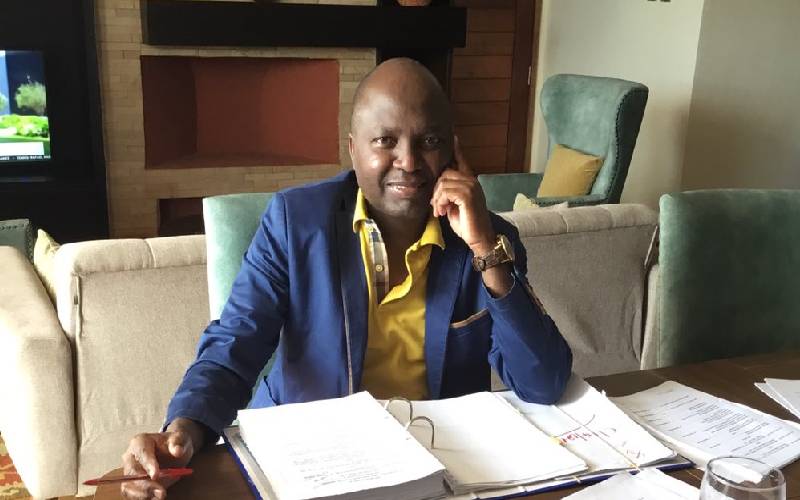 In a past interview in 2016, Kipkorir revealed that what people don't about him is that he is the brains behind the law, adding that he has contributed to drafting several others laws being used in the country.

"The kind of work I’ve done as a lawyer. I have trained so many lawyers; all leading corporate lawyers in this country have passed through my hands. The other thing is, I was the lead lawyer of IEBC {Independent Electoral and Boundaries Commission}, I drafted our election laws post-August 2010 constitution. Of course, I’ve drafted so many legislations. I’m the one who drafted the Alcoblow law, people don’t know that," he stated.

Even though he drafted the original alcoblow law, Kipkorir argues that breathalyzers should only be used on drivers who've shown they are incapable of driving.

"Use of alcoblow shouldn’t be random. Law is very clear. Driving whilst drunk is only an offense if one is incapable of driving. Incapacity is demonstrable: driving zig zag or on pavement or jumping driving lights et al. Alcoblow is only used on violation of traffic rules," he posted on Twitter.

While many know Kipkorir for his flamboyant lifestyle, he says he would like to be remembered for the impact he has created by among others drafting laws and mentorship in the legal sector.

Revealed: Number of Kenyans Who Watched the Deputy Presidential Debate