Women are an integral part of society and the glue that holds together a family. The Holy book cites that he who finds a woman finds a good thing.

Additionally, it is said that behind every successful man there is a woman. These attest to the instrumental role that women play in the family and society at large.

Looking at different families in the country and listening to stories of different successful men, you always hear of a woman who helped in one way or the other.

In this article, we highlight five women who rarely make public appearances, but have been key to the success of their husbands, who are among the richest men in the country:

She is a renowned entrepreneur and wife to Royal Media Services owner SK Macharia. The couple is blessed with six children.

However, one of their two sons, (John Macharia) died in 2018 after being involved in an accident.

She is said to be the force that helped propel Macharia to be what he is today. She is among the leadership team at Royal Media Services and reportedly owns shares at Directline Assurance. Unlike her husband who is vocal politically, she prefers staying off the media.

She is the wife to Equity Bank boss James Mwangi. Not much is known about her as she has managed to keep a low file despite being partner to one of the most revered business moguls in the country.

She reportedly owns shares at Equity Bank and also runs Filimbi Limited; an investment company she founded in 2011 alongside Peter Munga; the Chairman of Equity Bank.

has managed to keep a low profile over the years. She was placed among the wealthiest women with a net worth of over Ksh3 billion. 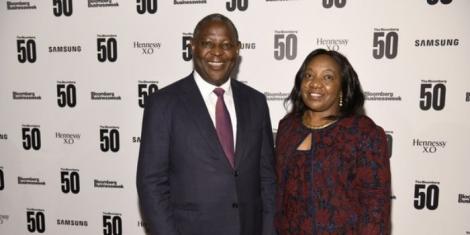 She is the wife to celebrated businessman and philanthropist Manu Chandaria. They two got married in 1955 and have been living together for the past 67 years.

Like her husband, Aruna is also a philanthropist and spends a good amount of resources on charity and social work. She is a trustee of the Chandaria Foundation. 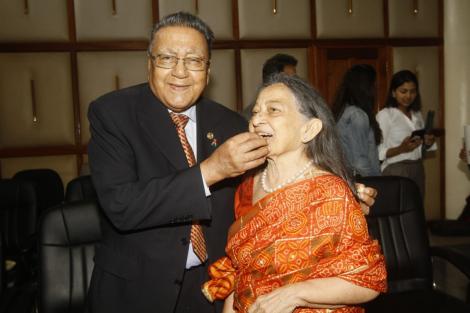 She is the wife to business mogul and the man behind Bidco's success Vimal Shah. The two met in 1984 and got married in 1985. She describes herself as the "silent force behind Vimal's success".

Narrating their journey to Impact Hub Media, Manda said it has not been an easy affair, adding that at one point she had to accompany her husband to shops appealing for them to purchase soaps that were made by Bidco back then.

Things later picked and together they grew to build one of the richest families not in Kenya, but in Africa at large.

She is the wife to the late Kenyan businessman Naushad Merali. Following the death of her husband in July 2021, she became the Chairperson of Sameer Group of Companies.

She is also the Chairman of “The Zarina and Naushad Merali Foundation. According to information on Sameer Group's website, Zarin is also an Advisory Member of the Kenya Paraplegic Organization and an Honorary Trustee for the Palm House Foundation.

Michael Joseph Reveals Why He Stepped Down as Safaricom Board Chairman