The Thirdway Alliance party has unveiled lawyer Miguna Miguna as its candidate for the Nairobi gubernatorial seat.

The election is scheduled for February 18 following the impeachment of Mike Sonko a fortnight ago.

In a statement signed by the party’s National Chairman Miruri Waweru, the fronting of Miguna Miguna is the best way to reclaim the lost glory of Nairobi city.

Waweru noted that he believes that working with Miguna will bring tangible changes within Nairobi.

He blasted the previous city leadership for derailing the capital’s development.

“It is a great honor for Thirdway Alliance Kenya to unveil Dr. Miguna Miguna as its candidate for this by-election. Thirdway Alliance and Miguna share a common belief that Nairobi and indeed the Republic of Kenya can no longer be entrusted in the hands of corrosive cartels and criminal enterprise. It is time to drain the swamp of bad leadership and dismantle this rogue cartel hemorrhaging Nairobi,” read the statement in part.

This is the second time Miguna will take a stab at the city's top city. In 2017, he vied as an independent candidate and only garnered about 10,000 votes.

Miguna is currently exiled in Canada after his deportation.

Here is the statement: 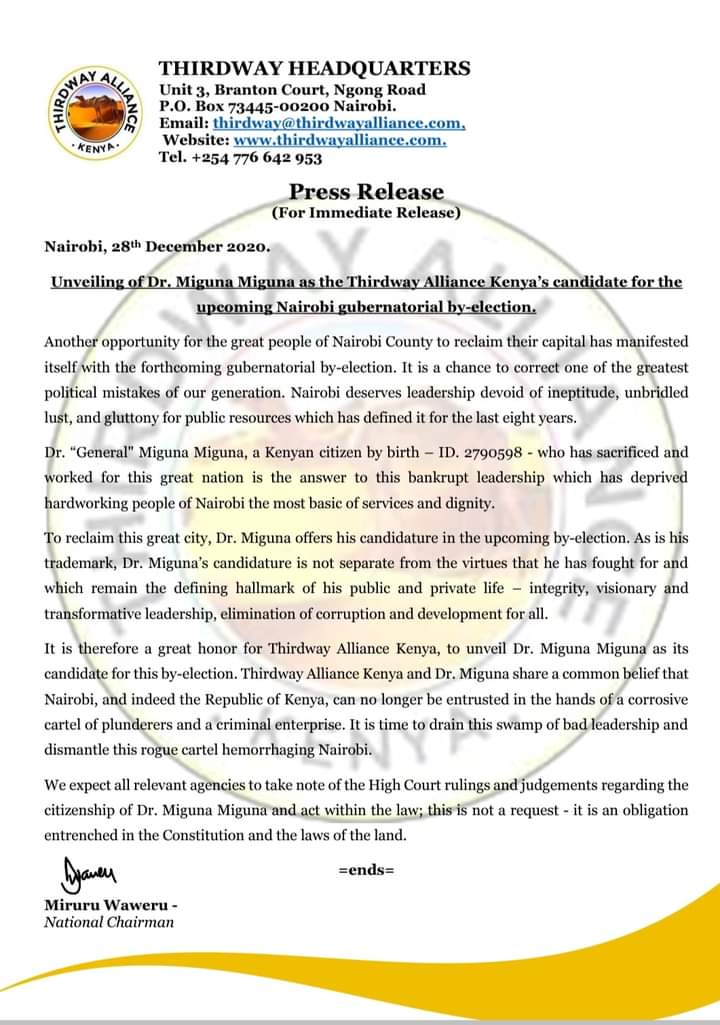