Media reports indicate that the payment schedule for the choppers has already been completed, meaning they will be delivered soon.

ODM leader Raila Odinga is reportedly in the process of acquiring four choppers in what many believe to be him setting up his campaign machinery for the 2022 general election.

Media reports indicate that the payment schedule for the choppers has already been completed, meaning they will be delivered soon.

Reports further indicate that assembling and any other adjustments on the choppers will be done in Nairobi.

In addition to the choppers, Odinga has also procured a public address system from the United States. The system was reportedly delivered to the former Prime Minister on Thursday. 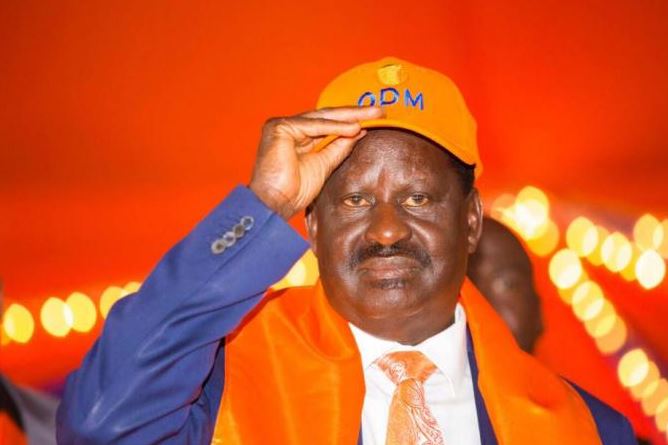 Sources privy to the happenings around the ODM leader noted that the plans are in preparation for the 2022 general election, adding that Kenyans shouldn’t read much into them.

“The party has in the past pronounced itself on its plans for 2022. These are normal preparations. We expect the choppers to be shipped soon before they can be assembled locally,” an MP privy to the details told a local daily.

So far, Mombasa Governor Ali Hassan Joho and his Kakamega counterpart Wycliffe Oparanya have expressed interest in flying the ODM flag in the 2022 presidential race.

Though he is yet to announce whether he’ll vie in 2022, many believe that Odinga will be in the race to succeed President Uhuru Kenyatta once he leaves office.

Every Kenyan Home to Pay Sh6,000 in New NHIF Charges