The United Democratic Alliance (UDA) party has withdrawn from the upcoming Juja by-election.

Speaking on Monday, UDA Secretary-General Veronica Maina said since Jubilee has backed the late MP’s widow Susan Njeri, the party has resorted not to field a candidate against her.

According to Maina, the party will now wait until the 2022 general election to have a candidate in the area.

“We would have really wished to but we have consulted widely including aspirants who had expressed interest in our party ticket and we resolved that since it is the widow, we should not get involved but rather wait until 2022,” she said. 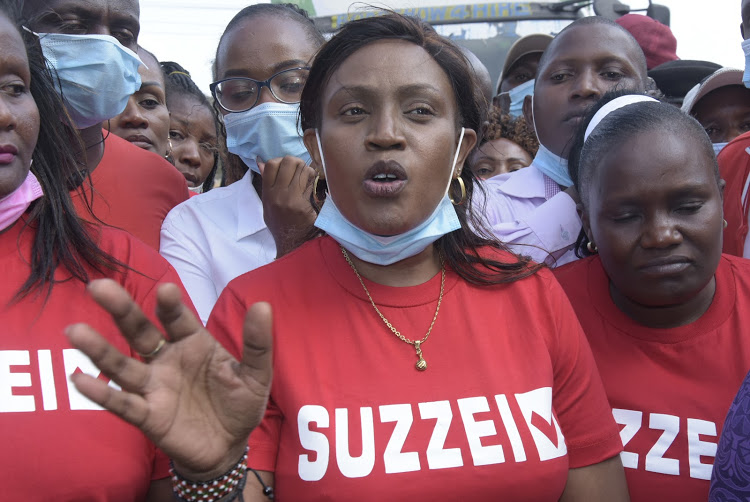 Wakapee died on February 22, 2021 at a Nairobi hospital while battling brain cancer.

Following his death, the seat was declared vacant with IEBC announcing that a by-election will be held in Juja constituency on May 18, 2021.

Many were eagerly waiting to see how Jubilee and UDA square it out in Juja, but they’ll now wait till 2022.

Meanwhile, UDA’s decision to withdraw from the race means that Wakapee’s widow will face off with People’s Empowerment Party (PEP) candidate George Koimburi.

PEP party leady Moses Kuria is confident that Koimburi will emerge victorious in the upcoming contest.