DCI has seized CCTV footage showing the 24-year-old's last moments leading up to he gruesome murder.

Sleuths from the Directorate of Criminal Investigations have seized CCTV footage showing Velvine Nungari's last moments prior to her murder.

The detectives have since stated that the footage will be used in court as evidence.

They revealed that the CCTV footage shows the 24-year-old waitress entering a guestroom in the company of Joseph Kinyua Murimi, the prime suspect in her murder, on Tuesday, February 23.

It reveals that the duo spent their night at Sinnot Hotel after they had partied the whole night at Q West, a restaurant in Kahawa West.

The footage shows the two publicly displaying affection before they checked into a room at around 9 pm.

An attendant who was interrogated by the police revealed that Murimi left the guest house at around 10:30 pm alleging he was married and had to go home.

The attendant stated that Murimi left Nungari in the room, which was locked, saying that she was exhausted and drunk.

The suspect is suspected to have left with the victim's phone.

DCI says the footage will be examined and details from it used as evidence in court.

Murimi was arrested by the police on March 19 and later released on Ksh100,000 cash bail.

He was later rearrested after sleuths requested to hold for 10 days pending the conclusion of the investigation. 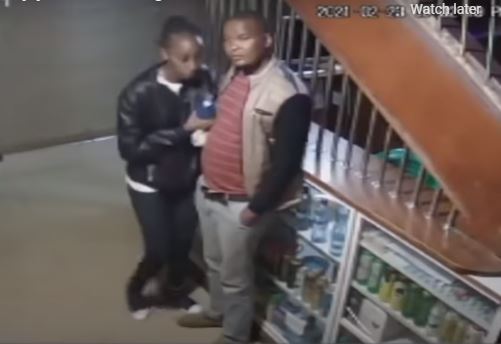 In Pictures: Plane Crashes In Marsabit