The Head of State took the former premier on a tour of the newly constructed Green Park Bus Terminus at Railways along the Haile Selassie Avenue.

In a video seen by NairobiLeo.co.ke, the two leaders were guided through their tour by engineers of the project. They engaged members of the public who were present at the terminus, with some of them chanting the ODM leader's name. 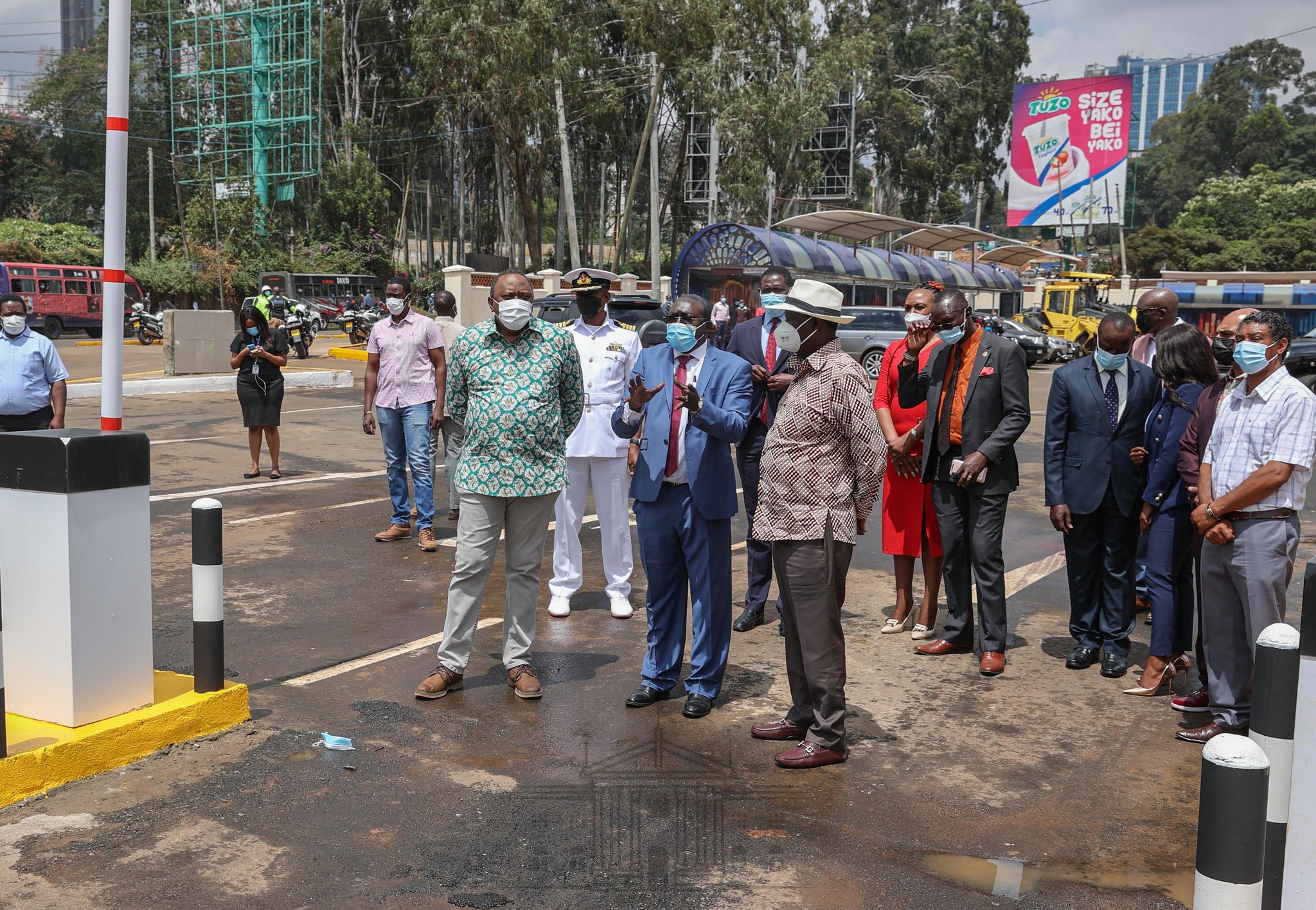 Upon completion, the Green Park Terminus is expected to handle about 180,000 commuter vehicles on a daily basis.

President Kenyatta and Odinga were shown the new technology installed at the bus park and would connect to passenger mobile phones to notify them when their rides are due.

The terminus was the first stop of their tour of various projects in the city.

Reacting to the meeting, Kericho Senator Aaron Cheruiyot claimed that the tour was part of a script to betray Odinga.

“ODM are now watching the same episode TangaTanga were in 2018 in the infamous Nairobi produced series ' Dealing with a conman'. Reports of 5 Hr closed door meetings and public bromance would always be used to calm the base amidst visibly obvious betreyal. My advice? Press FFWD,” he tweeted.

On his part, Elgeyo Marakwet Senator Kipchumba Murkomen said: “The matching shirts are back…”