MCA Convicted Over Attempt to Break Out 3 Prisoners

A Lamu MCA is likely to lose his seat after he was found guilty of planning and attempting to break out three convicted drug traffickers from prison.

Mkomani Ward MCA Yahya Ahmed Shee is set for sentencing after he was found guilty of planning and attempting to break out three convicted felons from prison.

The three were imprisoned for drug trafficking.

The Lamu County MCA is being held at Hindi GK Prison in Lamu West awaiting arraignment for sentencing.

Shee was charged with six counts including an attempting to break out a convicted felon from prison on June 2, 2017. The convict was serving 20 years for drug trafficking. 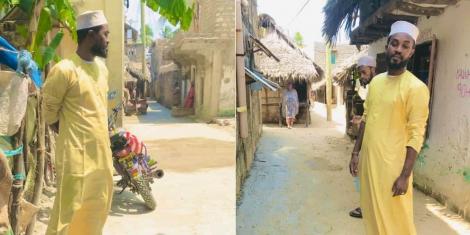 The legislator was also charged with attempting to break out two other convicts serving 10 and 5 years respectively.

His fourth, fifth, and sixth charges constituted; obstruction of justice and tampering with evidence, participation in illegal riots, and resisting arrest.

Shee will lose his seat if sentenced to more than six months in prison.

Lamu Principal Magistrate Allan Temba will make a ruling on Shee's case after examining the evidence and witness testimonies preferred against the MCA.

"The court found that the prosecution had adduced evidence beyond reasonable doubt that the accused committed the offences," Justice Temba stated.

The Office of the Director of Public Prosecutions will also present a report of the MCA's convictions before the court on April 6.