Bahati Member of Parliament Kimani Ngunjiri on Thursday surprised many after he voted for the BBI Bill despite campaigning against it for the past two years.

Ngunjiri; a key ally of Deputy President William Ruto was expected alongside other Tanga tanga leaders to vote against the Bill, but he decided to support it.

The move elicited a lot of reactions with a section of netizens claiming that he may have been intimidated or influenced to support the Bill.

Speaking on Friday, Ngunjiri dismissed claims that he was influenced to support the Bill, noting that he voted ‘Yes’ because BBI has great provisions for his constituents.

He divulged that Nakuru County will get five new constituencies if BBI is passed by Kenyans, meaning, his constituents will get more resources, which is line with the main objective of their Hustlers movement that proposes a bottom-up economic approach. 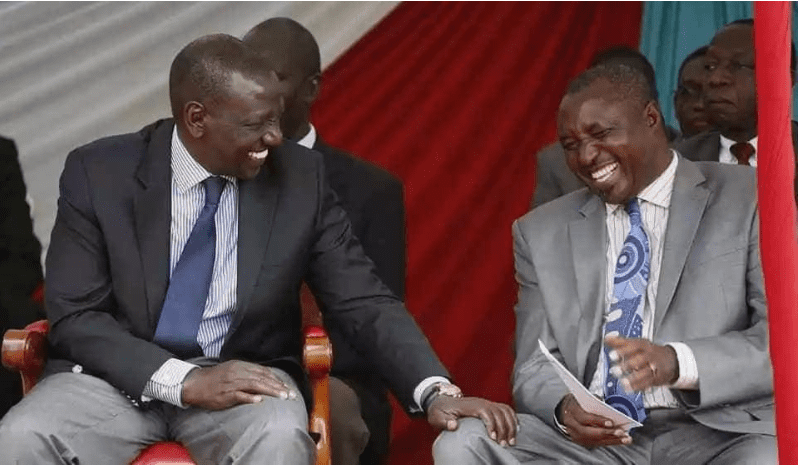 On claims that he betrayed the DP by voting for the Bill, Kimani noted that Ruto has never expressed opposition to the BBI, adding that he is still a staunch supporter of the latter’s 2022 presidential bid.

"I voted without being influenced by anyone and that does not amount to betrayal of the DP. The Bill is good for Nakuru County and that is an important thing. I voted in support of the Bill but I still remain on the front line in drumming [up] support for a Ruto presidency in 2022," he said.

Lastly, the MP issued a disclaimer indicating that he would have opposed the Bill if Nakuru County had not put in place measures to acquire Covid-19 vaccines for locals.