DCI is in the hunt for a rogue prison warder after she conned job seekers over Ksh200 million.

Detectives are on the hunt for a senior sergeant at Langata Women Prison after she orchestrated a multi-million scam that saw her fleece Kenyan job seekers' money in excess of Ksh200 million.

The officer since identified as Grace Nyamohanga, alias ‘Nasra’, slipped through the hands of detectives from the Directorate of Criminal Investigations (DCI) on Friday, May 21, 2021, after they raided her house at the Industrial Area GK Prison staff quarters.

Two suspects were nabbed and officers recovered fake appointment letters from the residence. 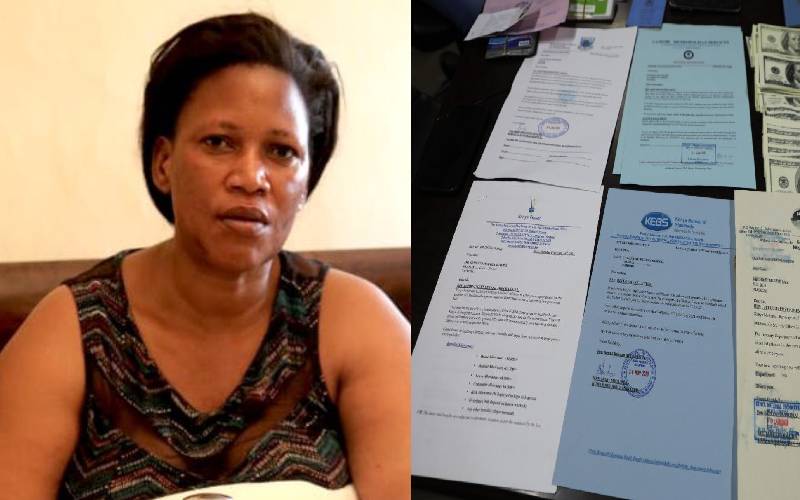 Sleuths revealed that Nasra operated a criminal enterprise that scammed people to believing she would hook them up with good jobs in State parastatals and security agencies including the Kenya Defence Forces (KDF), National Intelligence Service (NIS), and the National Police Service (NPS).

“The suspects have recruited job seekers from across all levels of education and academic disciplines including graduates in Mathematics, Computer Science and Microbiology among others,” DCI tweeted.

the detectives revealed that the rogue warder had cheated a Kiambu woman out of her Ksh800,000 in the name of securing jobs for her children at the National Hospital Insurance Fund (NHIF), Nairobi Metropolitan Services (NMS) and the Kenya Ports Authority (KPA).

Nasra had issued the woman with appointment letters to report to the parastatals, after which she later postponed the dates, alleging Covid-19 protocols.

The woman felt she had been conned and reported the matter to the police.

“I became jittery on the authenticity of the appointments when the suspect called twice to postpone the reporting dates, citing Covid-19 restrictions,” she said.

DCI revealed that the conmen had scammed over 60 Kenyans in January 2021 with a promise of jobs at KPA. Others were conned between Ksh300,000 and Ksh400,000 with a promise for jobs at the Jomo Kenyatta International Airport (JKIA).

They were driven to the airfield to acclimatize with their new work environment, before being treated to a sumptuous meal at a high-end hotel along Mombasa Road, and told to report to work on March 18.

They never heard from the criminals again.

15-Year-Old Girl Beaten to Death by Her Father, Mother & Brother