The ODM Party under the leadership of former Prime Minister Raila Odinga and Jubilee Party headed by President Uhuru Kenyatta have begun talks for a 2022 pre-election pact.

Reports indicate that the two parties are keen on working together in a bid to stop Deputy President William Ruto from ascending to power.

On Thursday, senior leaders from both parties met at a city hotel and began talks that are expected to culminate with the signing of the pre-election pact. 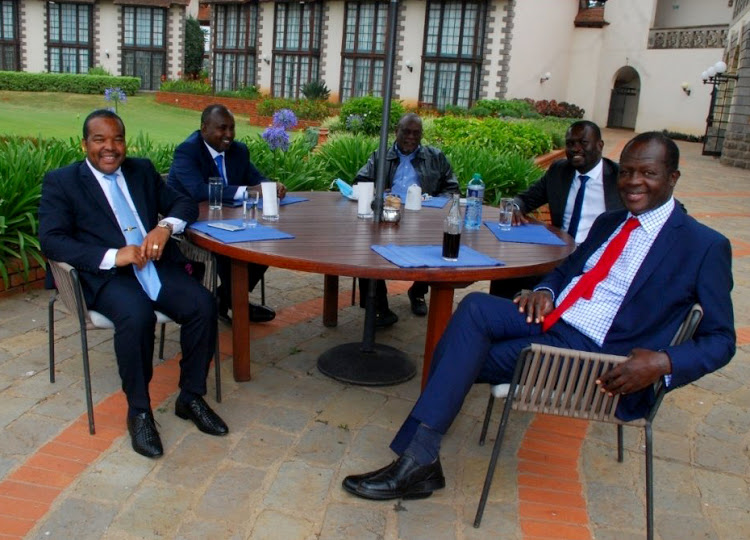 A section of ODM and Jubilee leaders at a meeting. [Photo: Courtesy]

Confirming the meeting and its agenda, Tuju noted that it was the first step towards Jubilee forming a partnership with ODM.

“The meeting we have had today is a culmination of several other meetings that we have held before to formalise the coalition with the former Prime Minister,” Tuju said.

Sifuna echoed Tuju’s remarks adding that at the moment, no clear timeline has been set on the events leading to their partnership.

“We had our initial meeting today. We have started talks that will see us having a pre-2022 coalition agreement with Jubilee… It is too early to talk about the timeliness. We will firm up everything by holding a series of meetings in the coming days,” Sifuna divulged.

The pre-election pact between Jubilee and ODM is expected to be anchored on the benefits Kenya has accrued in terms of peace and stability since the March 9, 2018 handshake between President Kenyatta and Odinga.