Senate Speaker Kenneth Lusaka has admitted to being the father of an unborn baby after a woman sued him for Sh25 million child support.

Through his lawyer Peter Wanyama, Speaker Lusaka sought an out-of-court settlement, noting that he is in talks with the lady.

Lusaka further noted that he is ready and willing to pay all medical expenses related to the unborn baby.

He, however, noted that issues regarding maintenance and upkeep of the unborn baby should be addressed once the baby is born in the next seven months. 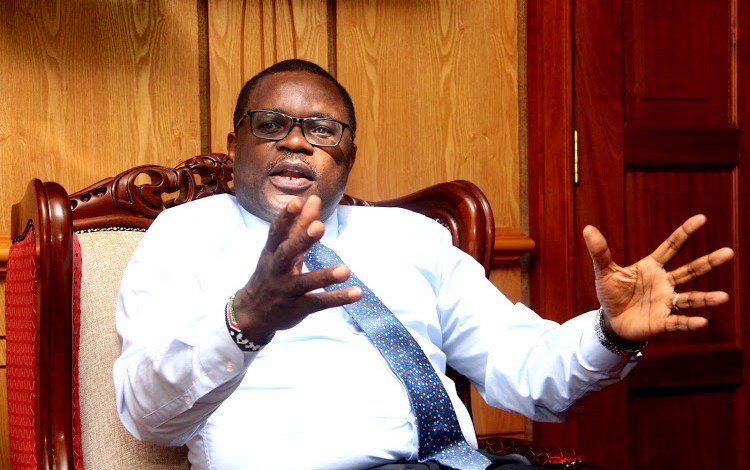 According to lawyer Lawyer Danstan Omari, who’s representing the woman who sued Lusaka, the two parties met and agreed on several issues which he claimed will be finalised in seven days.

His claim was, however, opposed by Wanyama who said they need at least a month to resolve all issues before reporting back to the court.

“I don’t think within seven days we will have addressed the pre-birth maintenance issues because there are a couple of issues my client is still engaging the petitioner on such as accommodation expenses with respect to prenatal care which are continuous expenses,” Wanyama told the court.

The presiding judge Justice Antony Mrima has allowed the parties to continue with negotiations ans report to the court on July 28, 2021.

Last month, the woman moved to court accusing Lusaka of impregnating her and refusing to take responsibility.

She filed an application in court seeking to compel Speaker Lusaka to take responsibility and provide Sh25 million child support for the unborn baby.

According to Omari, his client and Speaker Lusaka were in an intimate relationship for over two years (from 2018 to May 2021), adding that everything was okay until her client discovered that she was pregnant and informed the accused, who insisted on terminating the pregnancy.

"The cause of their disagreement was exacerbated by Lusaka's insistence on terminating the pregnancy, a proposal that the applicant declined to accede to and now she is three months pregnant and counting since she discovered that she was expectant of Lusaka's child as she has not been intimate with any other man other than the respondent, a fact that can be confirmed through a prenatal paternity test," her court documents read in part.