A widow to a former Kenya Defence Forces (KDF) soldier on Saturday received keys to a newly built house constructed by the Military Wives Association of Kenya (MWAK) at Kabatini, in Bahati, Nakuru County.

A widow to a former Kenya Defence Forces (KDF) soldier on Saturday received keys to a newly built house constructed by the Military Wives Association of Kenya (MWAK) at Kabatini, in Bahati, Nakuru County.

Pauline Waithira, widow to Private Jeremiah Mbugua who died on 1 January 2018 benefited from a house constructed by the Engineers Brigade at the tune of Sh2.6 million.

The project that commenced on April 28 and completed on July 2 saw the demolition of the house Ms. Waithira previously lived in with her young son and daughter, paving way for the construction.

During the handover event, MWAK Chairperson Mrs Tabitha Kibochi commended the work done in a record time of just two months saying it has provided a permanent habitation for the young widow.

“It is indeed distressing to lose a husband leaving behind young children. The story of Pauline came up last year and touched our hearts including that of the Chief of Defence Forces. However, I am delighted to hand over the keys to this new house to uplift this family,” said the MWAK Chairperson. 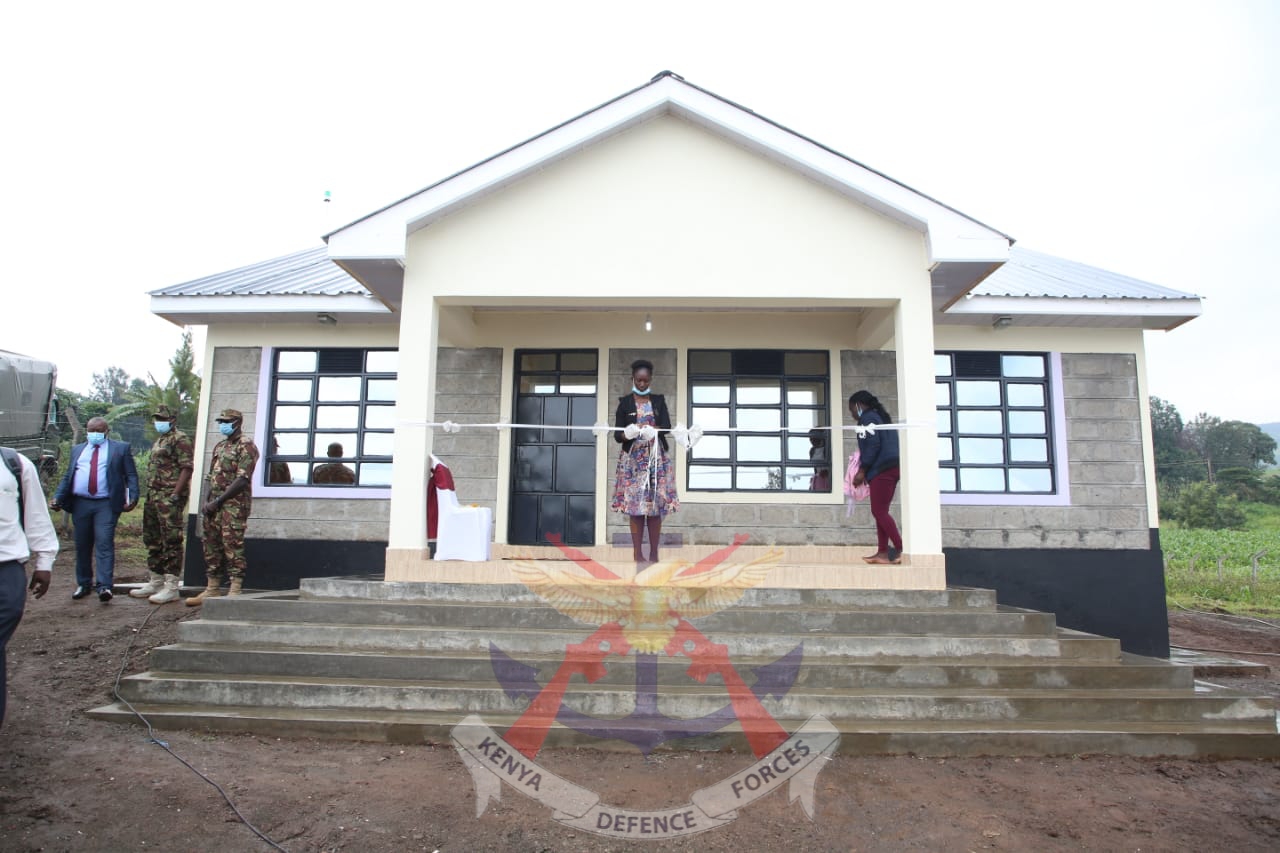 She affirmed that this was the first building in the calendar of MWAK saying it has opened a window for many more similar projects.

“We look forward to support and make more impacts in the lives of other widows, orphans and those who are disabled. I urge everyone going through challenging circumstances to come out and share since problem shared is problem half solved. Even if it shall not be instant, it shall eventually be worked on,” Mrs Kibochi said.

“I am an engineer and this 90 square metres house with all the specifications we’ve given it, would have costed in excess of Sh4 million. Having our troops doing the work has saved costs and time taken to construct the house. We thank the CDF, MWAK and the Compensation and Welfare Department for this wonderful work,” he said.

Ms Waithira thanked MWAK and the KDF fraternity for wiping away her shame saying the house is a dream that has come to reality.

“Indeed there’s hope for a tree once it’s cut, it shall sprout again. I sought assistance from the CDF and today I’m glad for the honour bestowed on me & my young children. The CDF further helped me secure a job so I can fed for my young family. From the bottom of my heart, I’m thankful,” Ms Waithira said.

The hand over ceremony was attended by other MWAK members, Chief of Compensation and Welfare Department, Brigadier Jeremiah Maroko, Senior Officers and Officers from the KDF as well as friends and relatives of Ms Waithira. 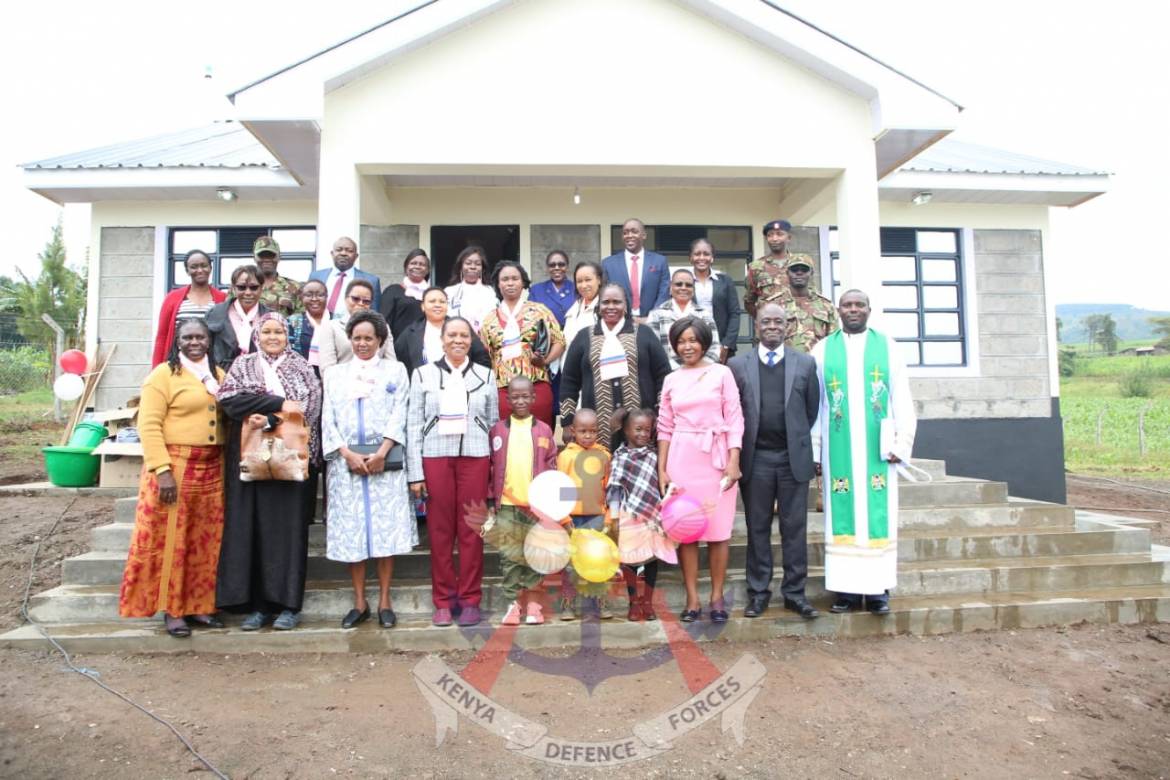 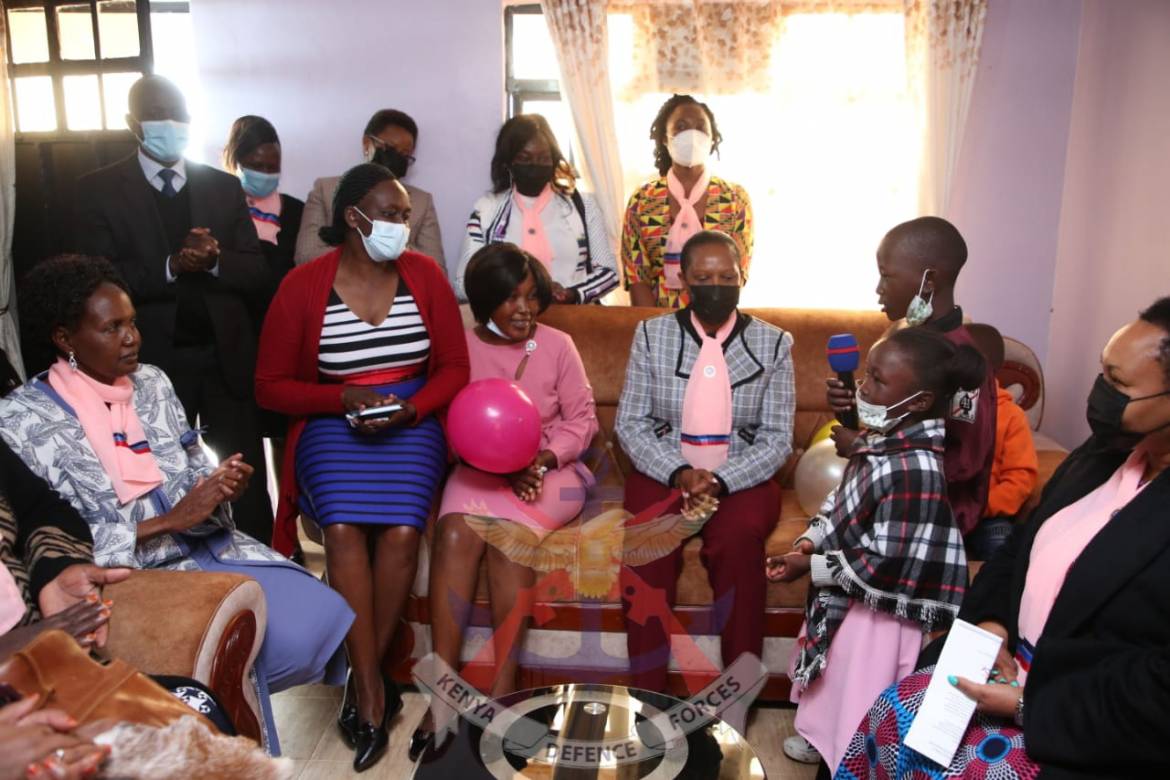