Jubilee Party Secretary-General Raphael Tuju has stated that Deputy President William Ruto is a lucky man because of the 2010 constitution.

Jubilee Party Secretary-General Raphael Tuju has stated that Deputy President William Ruto is a lucky man because of the 2010 constitution.

Speaking during an interview on KTN News on Wednesday, Tuju explained that they had no particular appetite to engage DP Ruto or even the likes of MP Moses Kuria.

"The 2010 constitution gives absolute protection to the deputy president, He can't be sacked by the President. The DP Ruto is an extremely lucky man because he vehemently opposed the 2010 constitution, campaigned against it, voted no and he is the first beneficiary because that constitution protects him from being removed from the position unless he is impeached by parliament. That whole parliament impeachment procedure is very disruptive. It means we have to mobilize 2/3rds of parliamentarians to impeach him, it will take months.

"This President has got like 14 months to go. The President has a choice to make, should he be dealing with Covid-19, making sure the economy survives, or Ajira which has created 1 million jobs in the last fourteen months? Should he concentrate on that or spend his energy doing all the political maneuvering to get rid of his deputy Ruto or those who are not following Jubilee? The President has decided to ignore it, not that he is weak but he is looking at what is in the best interest of the country," Tuju said. 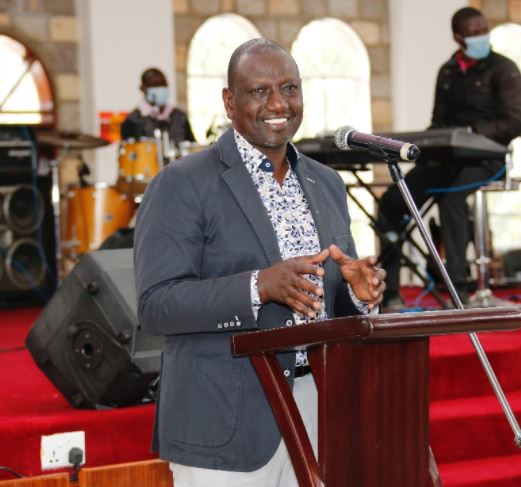 Tuju, who spoke on a wide variety of issues, stated that there was no merger between Jubilee and ODM but a working alliance.

“The moment we sit with ODM, who have given us more than 100 percent support in Parliament, then people start talking about a merger. They don’t even understand the word merger. There is no merger, this is an MoU to work together,” he said.

The Jubilee Secretary-General touched on the hustler narrative being championed by Deputy President William Ruto and UDA-linked politicians.

"You can come to people with a chopper calling yourself a hustler and give them a wheelbarrow, start by giving them that chopper unless you think I'm very stupid.  I could be stupid now but not forever," Tuju said.

Photos: Why Government is Building a Sea Wall Around Fort Jesus

Why Uhuru Never Campaigned for Jubilee in Kiambaa - Raphael Tuju