Sleuths from the Directorate of Criminal Investigations (DCI) yesterday, September 2, 2021, arrested three money-laundering suspects after they conducted a raid on an apartment in Kileleshwa, Nairobi. 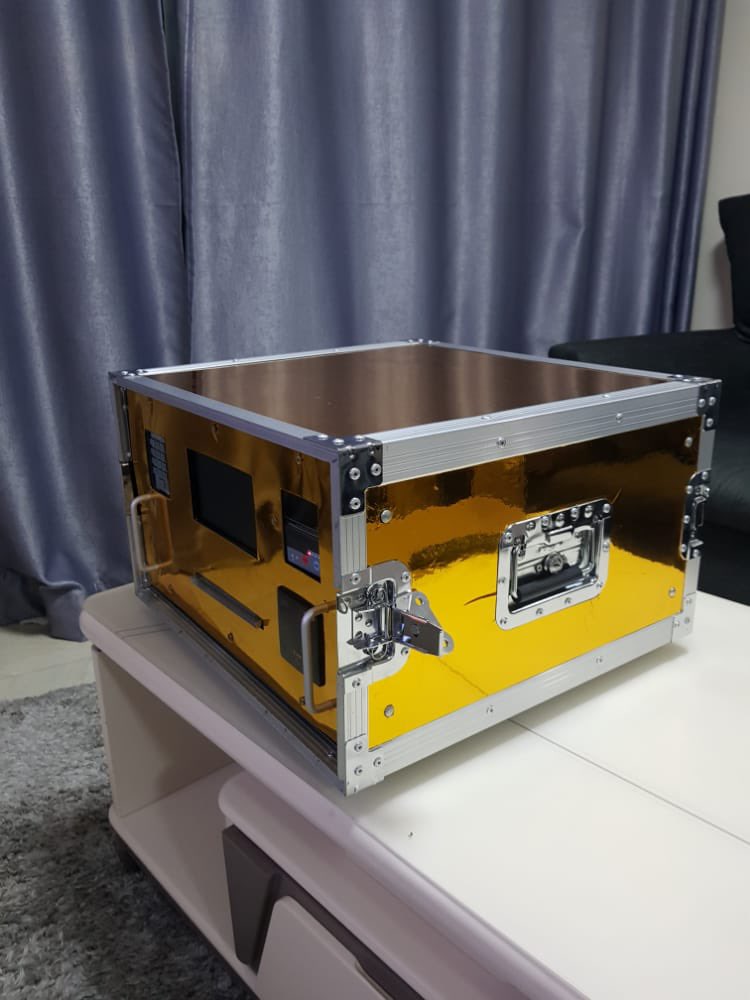 According to the DCI, the three are believed to be part of a syndicate that is behind the rising cases of money laundering in the country, commonly known as wash wash.

Several fake US dollar notes in denominations of 100 and a machine believed to be used in printing the fake notes were found in the house.

The sleuths proceeded to search the the basement parking where they found three copies of a fake letter purportedly from Central Bank of Kenya, notifying receipt of Ksh10 billion, and two copies of United Nation invoices, in a Honda Fit KCY 695X.

From the car, which is owned by one of the suspects, the DCI also recovered; a forged anti-money laundering clearance certificate, a packet of white powder labeled 'Best Quality Laundry Starch', a bottle containing a bluish substance, 45 USD notes in 100 denominations and 166 notes of Kenyan currency in Ksh1000 denominations.

54-yr-old Ethan Mureithi, the caretaker of the apartment, who vehemently obstructed the detectives from conducting the operation within the facility was also arrested and will face appropriate charges.

The wash wash suspects Abdulaziz Hassan, Ntoya and Busimbi are in custody pending arraignment. Their vehicle was also impounded. 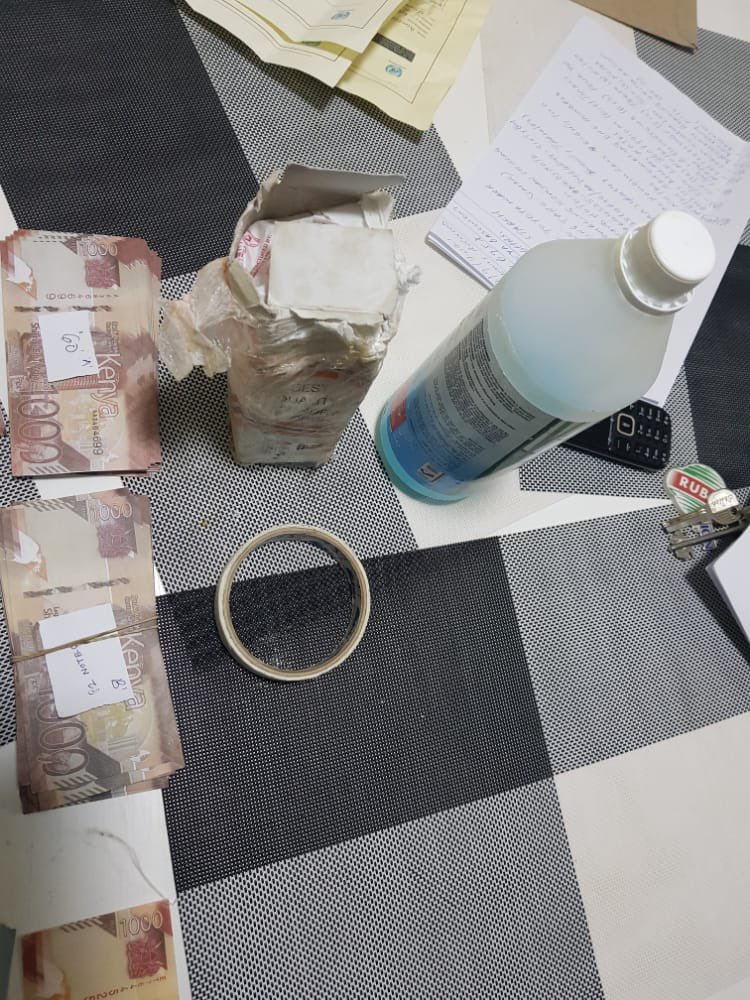 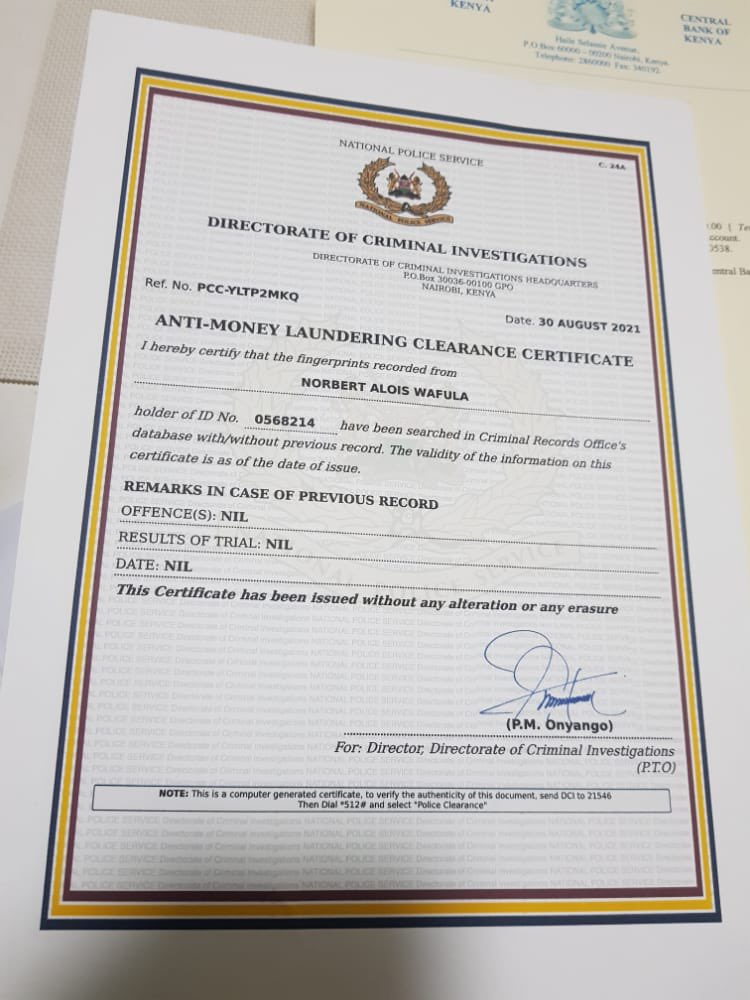 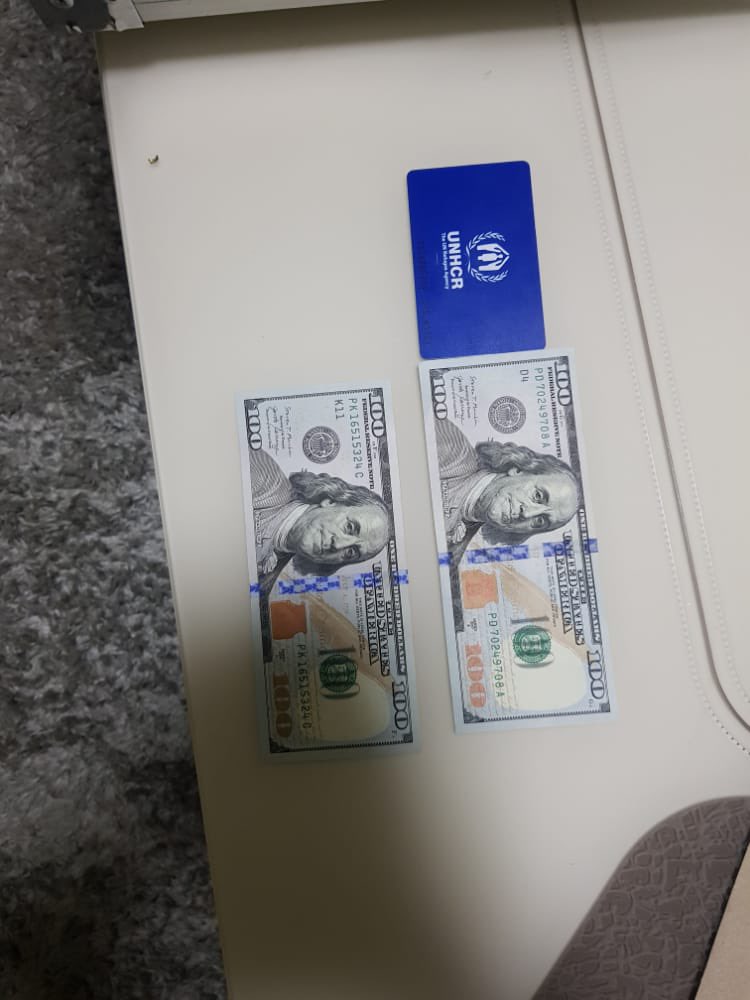 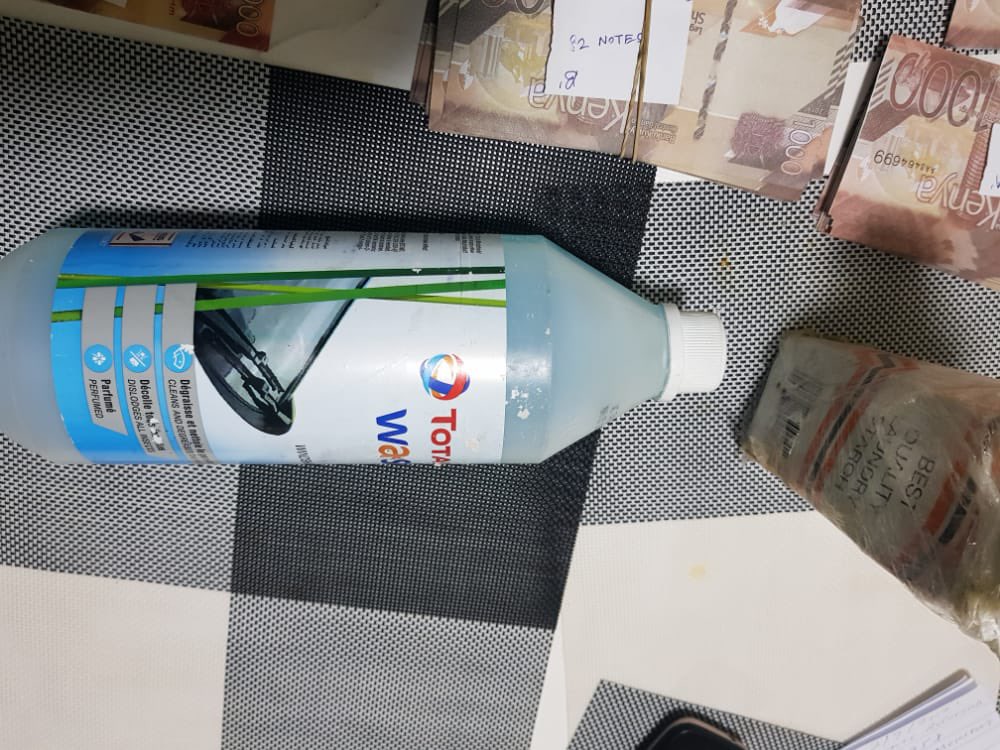