Itumbi Fires Back at Kalonzo over ‘Ruto is not Scary’ Remark

Renowned Blogger and Political Strategist Dennis Itumbi has hit out at Wiper Leader Kalonzo Musyoka over his recent statement where he said Deputy President William Ruto is not scary, and that he is ready to face him off in 2022.

Speaking on Sunday during an interview on K24 TV, Kalonzo noted that he is the best suited leader to face off with the DP in the 2022 General Election.

He further noted that he looks forward to a contest between him and the DP, wondering why some leaders and Kenyans were scared of the second in command.

“The one thing I would look forward to is the opportunity to fight it out with William Ruto. I don't know why people are afraid of him, they assume he is kind of a scare thing…,” Kalonzo said in part. 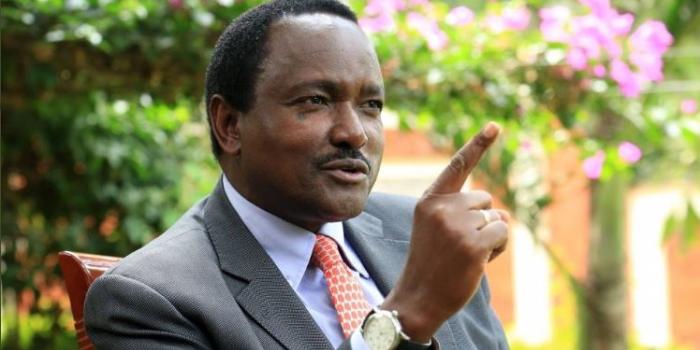 Reacting to Kalonzo’s remarks, Itumbi noted that the DP is not interested and does not spend any time thinking of a political duel with the Wiper Leader.

He suggested that Kalonzo is not match for DP Ruto, citing the 2013 and 2017 presidential election where the Jubilee team defeated the opposition which the Wiper leader was part of.

“Ndugu @skmusyoka, I can assure you that DP @WilliamsRuto does NOT spend any second thinking of a Political Contest with you. He faced you in 2013 & 2017. The results are public. In 2022, the only response you will get from #HustlerNation will be from me. Response is so filed!” Itumbi tweeted.