CS Magoha instead, urged teachers to project the programmes in classrooms.

The CS instead, urged teachers to project the programmes in classrooms.

Magoha gave the directive while addressing a meeting of all education stakeholders held at a Nairobi hotel on Tuesday, September 14, 2021.

He assured that the ministry will ensure a smooth and efficient transition into the CBC curriculum and urged all stakeholders to be fully engaged to ensure success in the academic sector.

“We have no apologies to make to anybody, this competency-based curriculum is here to stay. In my life, it’s the most transformative thing I have seen. I used to be worried that our teachers will compromise it. Even the teachers love it. To portray the government as if it does nothing, Ladies and gentlemen is being unfair. Don’t demonize me for saying so, the facts are there,” CS Magoha stated.

Principal Secretary for Early Learning and Basic Education, Dr. Julius Jwan added that teachers are expected to use available materials within the environment to deliver the curriculum under CBC system of education. 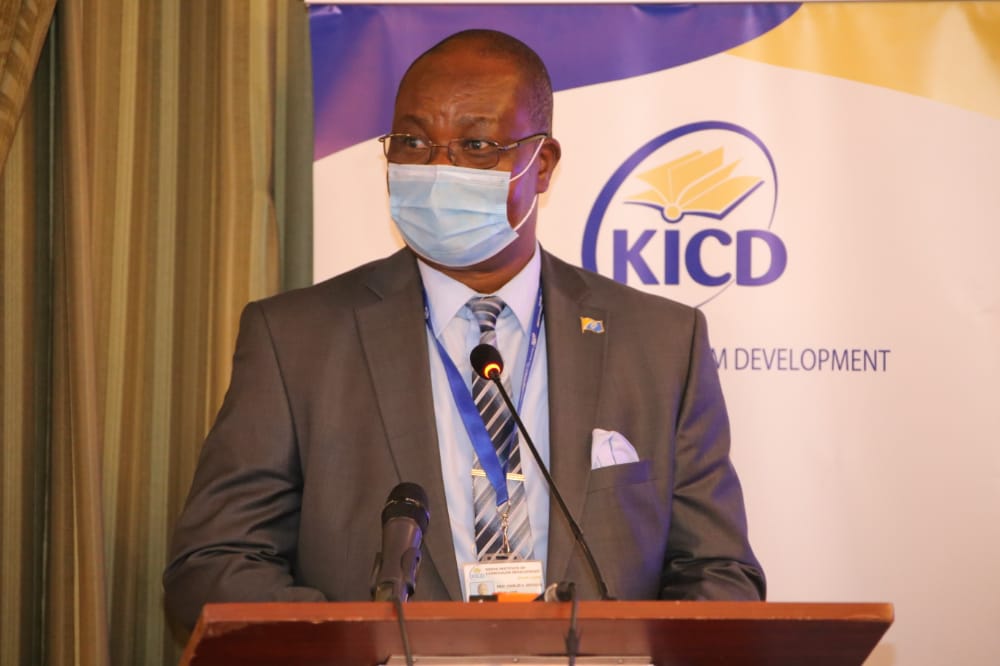 Kenya Institute of Curriculum Development (KICD) Chief Executive Officer Dr. Charles Ong'ondo stated that teachers have been at the centre of developing CBC from its conceptualisation, curriculum Designs, textbook writing, and approval.

CS Magoha noted that all parents regardless of education and status, are intelligent. He urged them to engage with their children's education by supporting them in their learning process under CBC system of Education.

PS for the Implementation of Curriculum Reforms, Prof Fatuma Chege revealed that the government has laid out elaborate ways of placing Pioneer CBC learners, now in grade 5 into secondary school.

She noted that the government has adopted a multi agency approach in the the implementation of curriculum Reforms.

CBC guidelines on parental engagement have been developed and are available on the KICD website.

CBC has been criticised by a section of professionals and members of the public. CS Magoha in his address, told off critics of the system over allegations of it being expensive and a burden to parents. He stated that the government will implement the new education system.

He described anti-CBC individuals are daydreamers stating that it is one of the most transformative things he has seen.

“This Competency-Based Curriculum is here to stay. In my life it is the most transformative thing I have seen. I used to be worried that our teachers would compromise it… Right now even the teachers love it.

“Those saying they will stop this, you are daydreamers…We are not going to stop," Magoha stated.

He rubbished allegations that the curriculum will prove expensive to parents, however, noted that there may be a few challenges that will be addressed as time goes on.

“Are we right to say that you want to go to court when we already have 5 million children happy to engage with CBC. They enjoy what they are doing. It is true there are challenges but why don’t you bring them in a manner that we can accept you are not doing it for other issues,” he said.

He maintained that the CBC will be affordable to parents, reiterating that teachers from across the country are ready and prepared to implement the new system.

"Who in kenya does not know we have trained teachers on CBC. Why are we making things so difficult. What do people want to do when they demonise the most important thing that is going to be the presidential legacy project," he stated.

PS Jwan argued that the government does not change curriculum because it is bad but to align it to changing environment and the corresponding needs of the ensuing changes.