Elgeyo Marakwet Senator, Kipchumba Murkomen has hit out at the government saying that that President Uhuru Kenyatta’s administration under the handshake is filled with broken promises.

In a tweet seen by Nairobi Leo, the senator said the broken promises range from the president’s Big Four Agenda to stadiums and that the government has become a laughing stock.

In the tweet aimed at Sport Cabinet Secretary, Amb. Amina Mohammed, Murkomen questioned why the construction of the Kamariny stadium had stalled from 2018 despite works having started on it.

The former Senate majority leader also accused the presidency of being busy playing politics, instead of working and delivering on their promises to Kenyans. 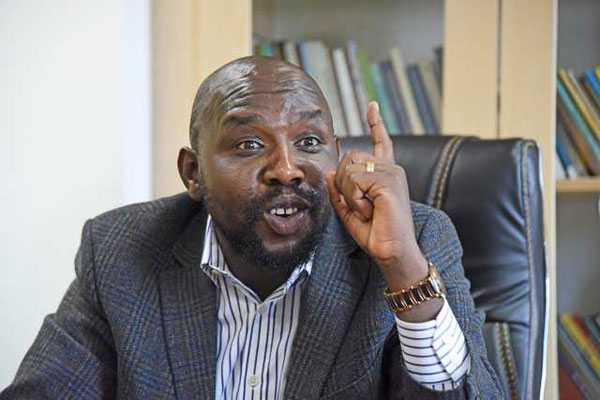 “Madam @AMB_A_Mohammed from 2018 to date Kamariny stadium has stagnated under your watch. Meanwhile @StateHouseKenya & @PDUDelivery are busy playing politics. The story of GOK under handshake/BBI administration is that of broken promises from BIG4 Agenda to stadiums. A laughing stock,” said Senator Murkomen.

Murkomen has been faulting the President in most of the things he has been doing; including launching government projects since he was ousted as majority leader.

He has also been critical of the Head of State’s association with ODM leader Raila Odinga after the handshake and at one time he cautioned the President of dire consequences if he betrayed Odinga.