Former Machakos Senator Johnson Muthama has said that former Prime Minister Raila Odinga bears as much blame as President Uhuru Kenyatta, on the problems the country is currently facing.

In a tweet, the ex-senator who is Deputy President William Ruto’s point man said that Mr Odinga has been selling lies to Kenyans.

Muthama pointed out that the former Premier claims to have joined forces with President Kenyatta to stabilize the country, but still insists he is not in government which is a very big lie.

“Raila Odinga is selling falsehood and contradiction. On one hand he says he "joined Uhuru" to stabilize the Country (from chaos he created), on the other hand he insists he isn't in government." FACT: Raila bears almost as much blame as Uhuru for the ills afflicting this nation,” said the former Machakos Senator.

A few weeks ago, Muthama said that the second in command is not the problem Kenya has, but the solution it needs. 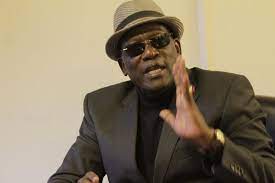 He noted that while other presidential aspirants are busy coming up with slogans for the 2022 elections, DP Ruto has a practical economic model (bottom-up) that will help the people of Kenya.

"On the contrary, he's the solution to our problems. Whereas others are busy coining slogans and catchphrases to clinch the Presidency, @WilliamsRuto has developed a practical and workable bottom-up economic model which seeks to redeem Kenyans from politics of the elite,” said Muthama.