Four people were killed in a road accident at Kahoya area in Timboroa, Baringo County

Four people were killed in a road accident at Kahoya area in Timboroa, Baringo County, on Saturday, October 2020.

The 6 am accident involved two vehicles, a Prado and Probox, which were both heading to Nakuru from Eldoret.

Eldama Ravine OCPD Maxwell Agoro confirmed the accident adding that the deceased were yet to be identified.

Eyewitnesses said the accident occurred when the Prado vehicle was attempting to overtake other vehicles. 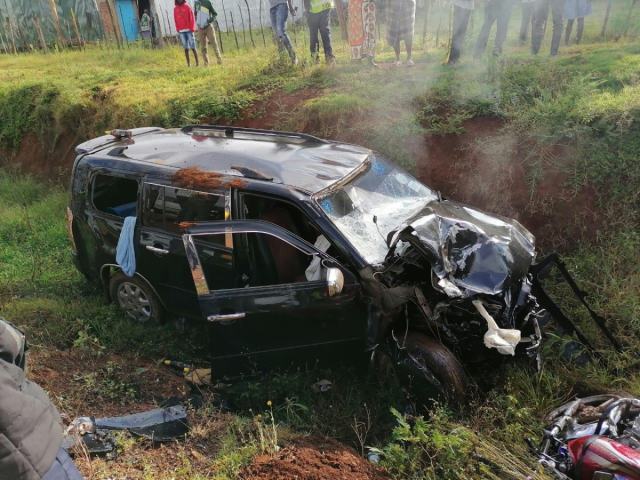 Their bodies were taken to Eldama Ravine sub-county hospital morgue by police.

In August 2020, the National Transport and Safety Authority (NTSA) raised an alarm over increased road fatalities especially with pedestrians being the biggest casualties.

A report released by NTSA indicated that 2,689 persons had lost their lives between January 1 and September 30, 2020, compared to the same period last year where 2,655 lives were lost.

The authority further said that accidents had been costing the state a loss amounting to Ksh300 billion every year.