Bunyore Girls High School has been closed indefinitely after students reportedly boycotted classes and threatened to start a fire.

Following the decision, parents were notified to facilitate the transportation of their children back home.

"Good evening dear parents. I am saddened to let you know the girls are coming home tomorrow (Tuesday) due to unrest…They (students) threatened to burn the school. Please organise to send fare as soon as now,” a message sent to parent’s by the school management read as quoted by Nation.

Bunyore’s closure comes amid increased cases of unrest in secondary schools across the country.

As of Monday November 8, 2021, about 40 cases of school fires had been reported in the country.

On Monday, Maranda High School was closed indefinitely and six students arrested after a fire razed down one dormitory. 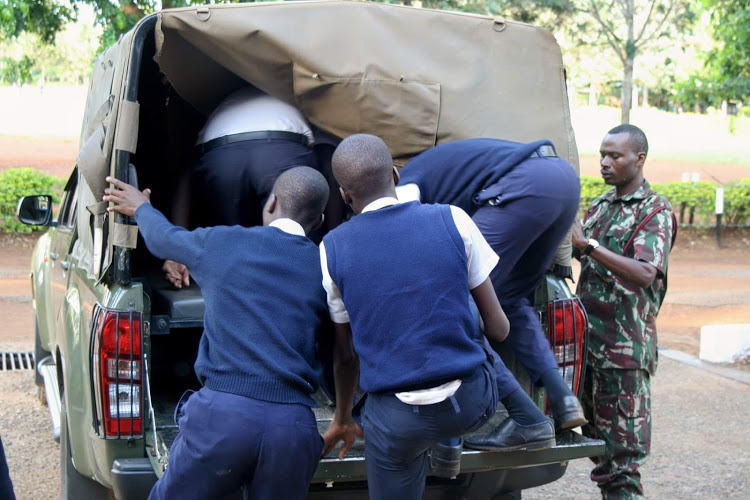 Explaining the decision to close the school, Maranda management noted that the move was meant to allow the school set up a temporary structure that will help the affected students.

"The management has sent students home so that they can work in a conducive environment to put up a temporary hostel and to ensure calmness in school,: the school management said.

Elsewhere, three students from Kagumo High School are in custody for allegedly plotting to burn a dormitory at the school.

According to police in Nyeri, the three students were in possession of flammable liquids and a matchbox during their arrests on Sunday, November 7, 2021.

Meanwhile, the government has announced that tough measures will be taken against all students found guilty of torching their institutions.