While reacted to the poll conducted by a local media house, Muthama termed it fake, and went on to claim that the DP controls about 65% of the total votes in the country.

He also claimed that the poll was meant to peddle a defeatist notion, but that has terribly failed.

"Fake polls being peddled around to shape a Defeatist Narrative about @Williamsruto is dead on arrival. It's without doubt that the Deputy President commands 65% of votes in this Country. Its only Nyanza (save Migori County) he will garner less votes. Take that to the bank," Muthama said.

The daily had noted that the former Prime Minister was gaining ground while DP Ruto had slightly dropped. 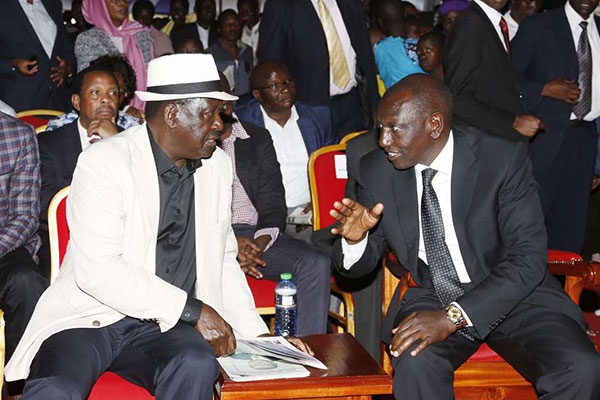