Former Machakos Senator Johnson Muthama has hit out at Governor Alfred Mutua after he was crowned the best governor in Africa.

In a statement on Saturday, Muthama said the award was like a movie made in Nigeria.

He went on to say that Machakos hospitals do not have drugs, medical staff is paid late and garbage remains uncollected in the town.

He also said that most county vehicle remain in scrapyards because they have not been repaired.

“Gov. Alfred Mutua was yesterday voted "the best Governor" in Africa Illustrious Award (which has no website) in a Shambolic backstreet event held in Lagos,” Muthama said in a tweet.

“Yet most hospitals in Machakos County don't have drugs, garbage is uncollected, medical staff are always paid late and vehicles are in scrapyards due to lack of Maintenance. This is a movie made in Nigeria.” 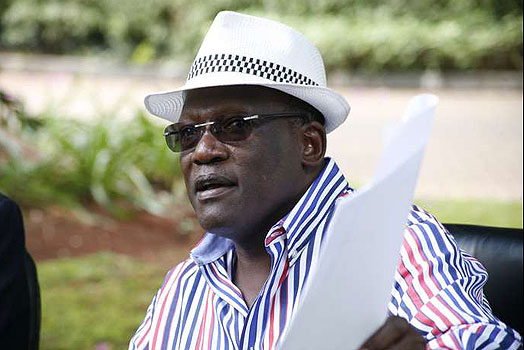 His remarks came after Mutua was awarded during the second edition of the prestigious Africa Illustrious Award gala held at the Radisson Blu Hotel in Lagos, Nigeria on December 9, 2021.

Mutua beat Oscar Mabuyane and Bushy Maape who are Premiers of Eastern Cape province and North Western province from the Republic of South Africa.

Best Governor of the Year 2020 was Babagana Umara Zulum, Governor of Borno State in Nigeria.

The Africa Illustrious award which was founded in 2020 recognises and celebrates distinguished Africans who have excelled in 36 different categories including; governance, agriculture, education, arts, sports, community development, philanthropy, among others.

Revealed: How Odibets Partnered with Diamond Platnumz to launch Wasafibet