I Still Have My Last Bullet - Raila Odinga

Speaking on Saturday, Odinga said that he still has his last bullet and has not spent it.

He went on to say that they went to hunt in the last election and were successful but their hunt was taken away by hyenas which is why they came back empty handed.

"Huyu anasema ati Baba alisema ako na risasi moja, hio risasi bado sijatumia," said Odinga which loosely translates to, "this one is saying Baba said he had one last bullet, I have not used that bullet."

He called on the former Vice President to consider working with him again as the hunting is back.

This comes a few days after Mr Odinga launched his Azimio la Umoja movement at the Kasarani stadium. 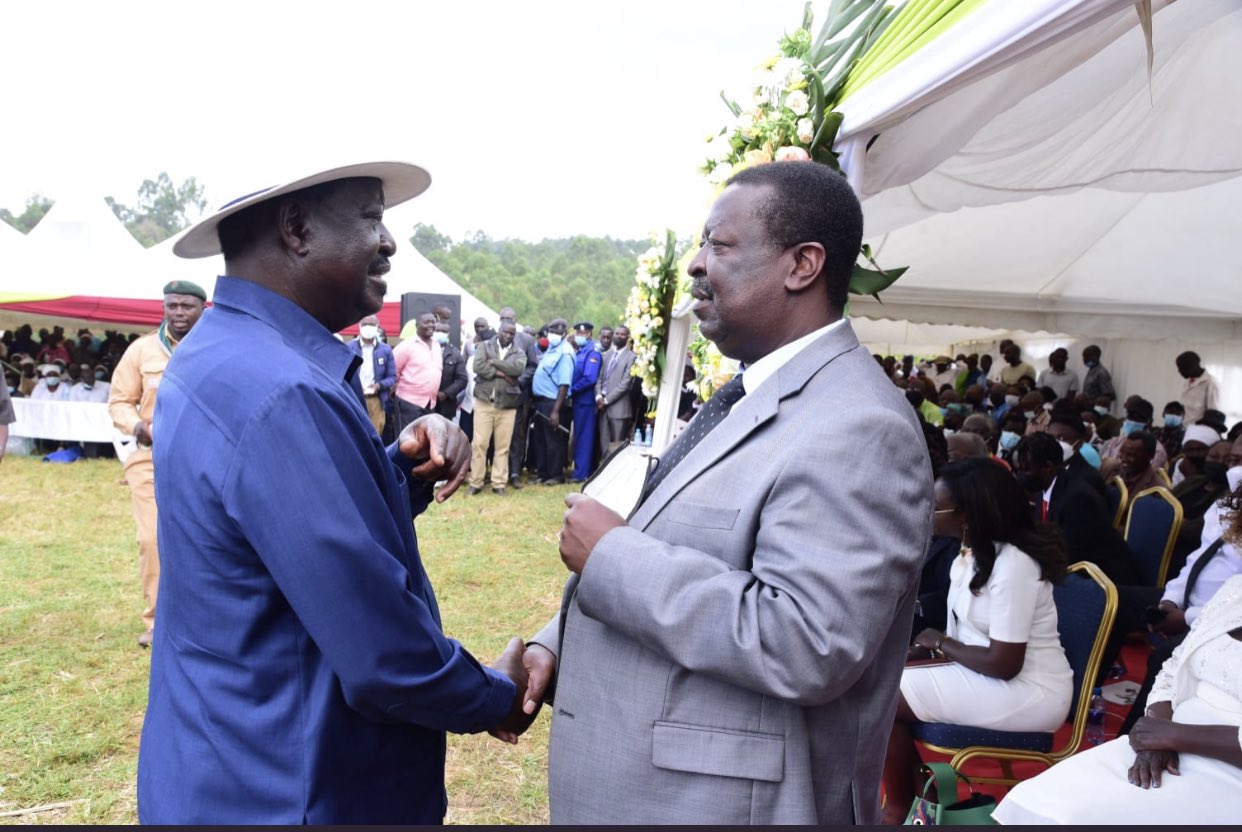 During the launch, he also presented himself to people of Kenya for a fifth stab at the country's top job.

“I do hereby accept to present myself as a Presidential candidate at the Presidential Election on 9th of August 2022 following the request and unanimous decision by this #Azimiolaumoja,” Raila said.

The ODM chief added that he was not running for the Presidency to oppose someone but to build a united nation.

“I am not running for president to oppose anyone but to propose better policies. I am in this race to mould one indivisible nation. I am not at war with personalities, I am at war with ideologies that would lead this nation in the wrong direction,” he said.