President Uhuru Kenyatta on Thursday announced that that the roll-out of Huduma Namba cards with its full benefits is on course.

"I am pleased to confirm that the roll-out of the Huduma Namba with all its benefits, is now fully on course," Kenyatta stated.

During Mashujaa Day celebrations On October 21st, 2020, Kenyatta, who received his card alongside First Lady Margaret and 10 others, said the new number was crucial as it captured individuals’ data on one card. 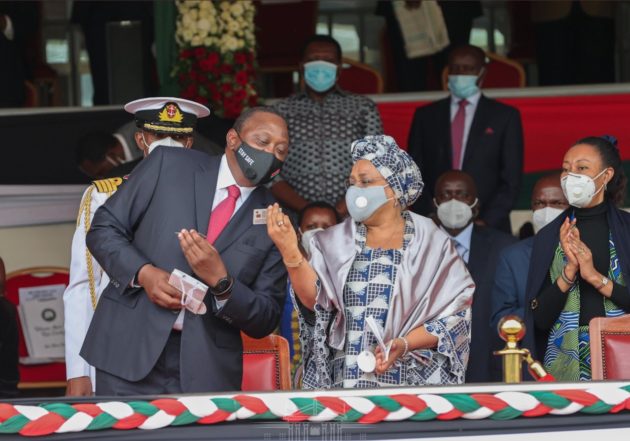 “I am happy that this process is complete, and the government is ready to roll it out as soon as Parliament completes the process,” the President said.

The card will be rolled out under the National Integrated Information Management System (NIIMS) that is domiciled at the Interior Ministry.

During the State of the Nation Address, the President reported a total of 66,723 confirmed cases of the COVID-19 in Kenya and a total of 1,203 deaths since the pandemic was announced in the country.