This comes after several canisters were hurled into crowds that had attended political rallies in Gem, Alego Usonga and Ugenya constituencies over the weekend.

Police in Siaya have accused a section of politicians of importing teargas canisters and using them to disrupt campaign rallies held by their opponents.

This comes after several canisters were hurled into crowds that had attended political rallies in Gem, Alego Usonga and Ugenya constituencies over the weekend.

Siaya County Commissioner Mohamed Barre has assured members of the public that police are probing politicians suspected to be behind the incidents. 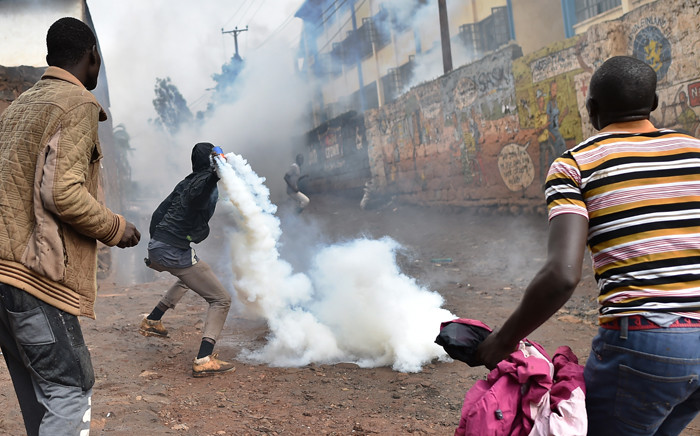 "We are seeking to arrest the perpetrators who were involved. These are criminal acts that we must address," he said.

"We have laws that must be obeyed in this country. Our initial investigations show that some politicians bought teargas from a neighbouring country which was then lobbed into their rivals’ political rallies” he added.

According to reports, the teargas canisters were imported from neighbouring Uganda.

Barre called upon members of the public to cooperate and aid police in investigating the matter and bringing the politicians to book.

Last Saturday, Ugenya parliamentary aspirant Daniel Odhiambo's event was disrupted after a canister was thrown into the crowd at the Sega Vocational Training Institute in Ugenya. Several people were injured in the process of scampering for safety.

Area sub-county police commander Benard Wamugunda Mugocho distanced the law enforcement from blame, adding that the exploded canister was different from the ones used by the Kenyan police.

In Gem, Booker Ngesa, who is vying for the parliamentary position through the Communist Party of Kenya, was attacked and teargas canisters lobbed at his supporters.

In yet another case, High Court Advocate George Mugoye, who wants to succeed Cornel Rasanga as the next governor, also saw his event disrupted by teargas.