The Chama Cha Kazi party leader noted that a Ruto-Karua ticket would give hope to millions of Kenyan children who went to school barefoot.

In a statement on Monday night, March 21, 2022, the lawmaker urged Karua to pick a side, however, wooing her to the Kenya Kwanza camp. 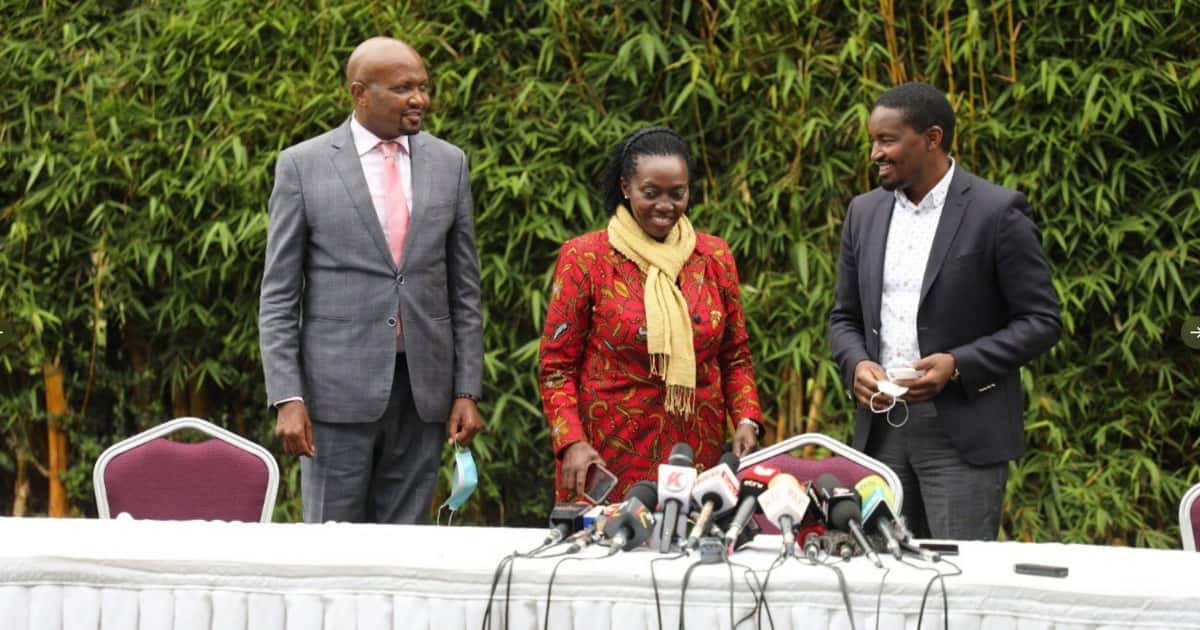 The Chama Cha Kazi party leader noted that a Ruto-Karua ticket would give hope to millions of Kenyan children who went to school barefoot.

“I look forward to an imminent Ruto-Karua ticket to save this country from eternal dynastic domination and give hopes to millions of children who went to school barefooted,” Kuria said in part.

He, however, reiterated that she must pick a side.

Karua recently stated that she is disinterested in partnering with either Azimio La Umoja coalition or Kenya Kwanza Alliance. She labelled both coalitions as thieves.

Kuria advised Karua to put that aside and pick a team. He argued that some of them may not be perfect but she would need to form a coalition in order to better the country.

“To my good friend and soul mate Hon Martha Karua. We can not make ourselves ideal humans from clay. We can only live with the ones God gave us, with all their imperfections and frailties. Pick a side and put on your Jersey,” he noted.

Kuria and Karua enjoy a close friendship. The two leaders were the principal founders of the Mount Kenya Unity Forum together with The Service Party (TSP) leader Mwangi Kiunjuri.

The Gatundu South MP has been a consistent crusader for Karua's involvement in the next government. He had previously endorsed her for the role of Deputy President.

During his Thika thanksgiving rally, Kuria stated that he would campaign for Karua, who is reportedly eyeing the Kirinyaga County gubernatorial seat.

Kuria, however, noted that if Karua chooses to take a different political path, they will still remain friends.

“If you decide otherwise you will still remain my sister, my senior, and my friend," Kuria said.