Odibets has come out to support two online influencers in their content creation journey by purchasing two high-end mobile devices for them.

Betting firm Odibets has come out to support two online influencers in their content creation journey by purchasing two high-end mobile devices for them.

The two influencers, Gwethe and Jaba Limpweza broke the internet last year with their hilarious videos that left netizens in stitches.

Speaking after receiving his mobile device, influencer Gwethe said that he was very grateful to Odibets for the phone which will help him create content thus he will be able to generate income.

"Today I am very happy, Odibets have really come through for me, I didn’t have a phone to shoot my content, I used to borrow my friend's phones but now I have my own phone with a very powerful camera that will help me create content," said an elated Gwethe. 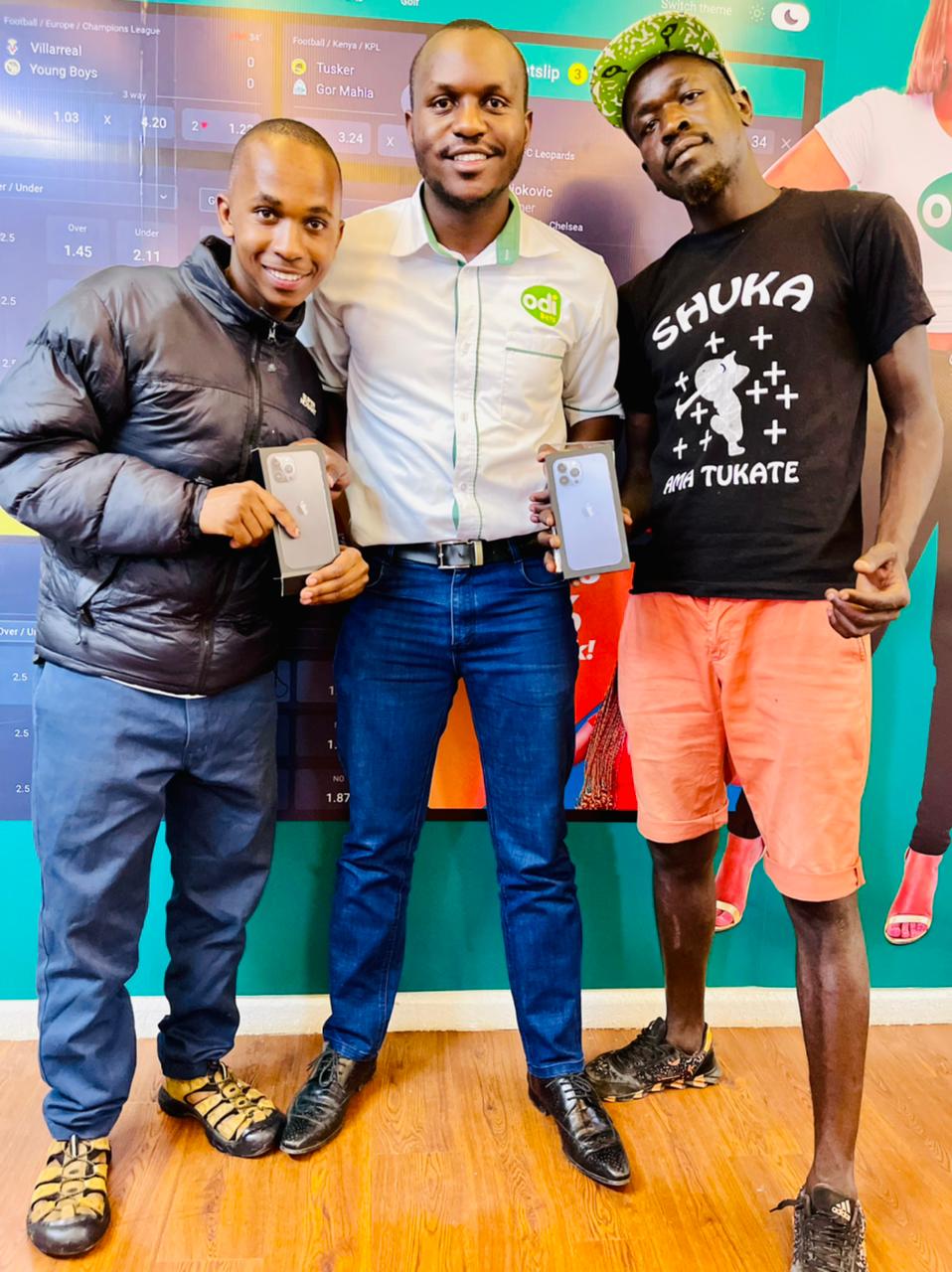 On his part, Influencer Jabalimpweza said that he had been having a huge challenge shooting his content as his phone did not have a proper camera but now he had a brand new phone that will now help him generate content for his audience.

"I am now good to go, my influencer journey has been given a huge boost by Odibets," said Influencer Jabalimpweza as he received his phone from Odibets Country Marketing manager Aggrey Sayi.

Early this year, a video of a man juggling a ball in the middle of Nairobi CBD took the internet by storm.

The unknown male adult whose juggling skills left many in awe later became a topic of discussion among football fans as no one knew his identity or whether he has ever played soccer professionally or not.

The man later identified as Edward Murimi, a street juggler went ahead to be featured in one of the international media houses (ESPN sports) who shared his video on their platform thus exposing his prowess to the whole world.

Edward’s passion while handling the ball landed him a lucrative deal with Kenyan betting firm Odibets who took him up as their brand ambassador.