Samuel Muvota was shot and killed by a gunman on May 16 in Mirema, Kasarani in Nairobi.

The main suspect in the murder of Samuel Mugoh Muvota, who was shot dead at Mirema court in Kasarani on May 16 has been identified, DCI boss George Kinoti has said.

Detectives are now looking for one Denis Karani Gachoki, a man DCI says is dangerous and the main suspect behind the daylight murder of Muvota.

DCI says the wanted man is in possession of a firearm believed to have been snatched from a police officer who was stupefied at a popular joint in Mombasa in November 2020.

Efforts by detectives to arrest him have been futile since the thug who is endowed financially influences rogue cops who tip him off once an operation for his arrest has been launched. 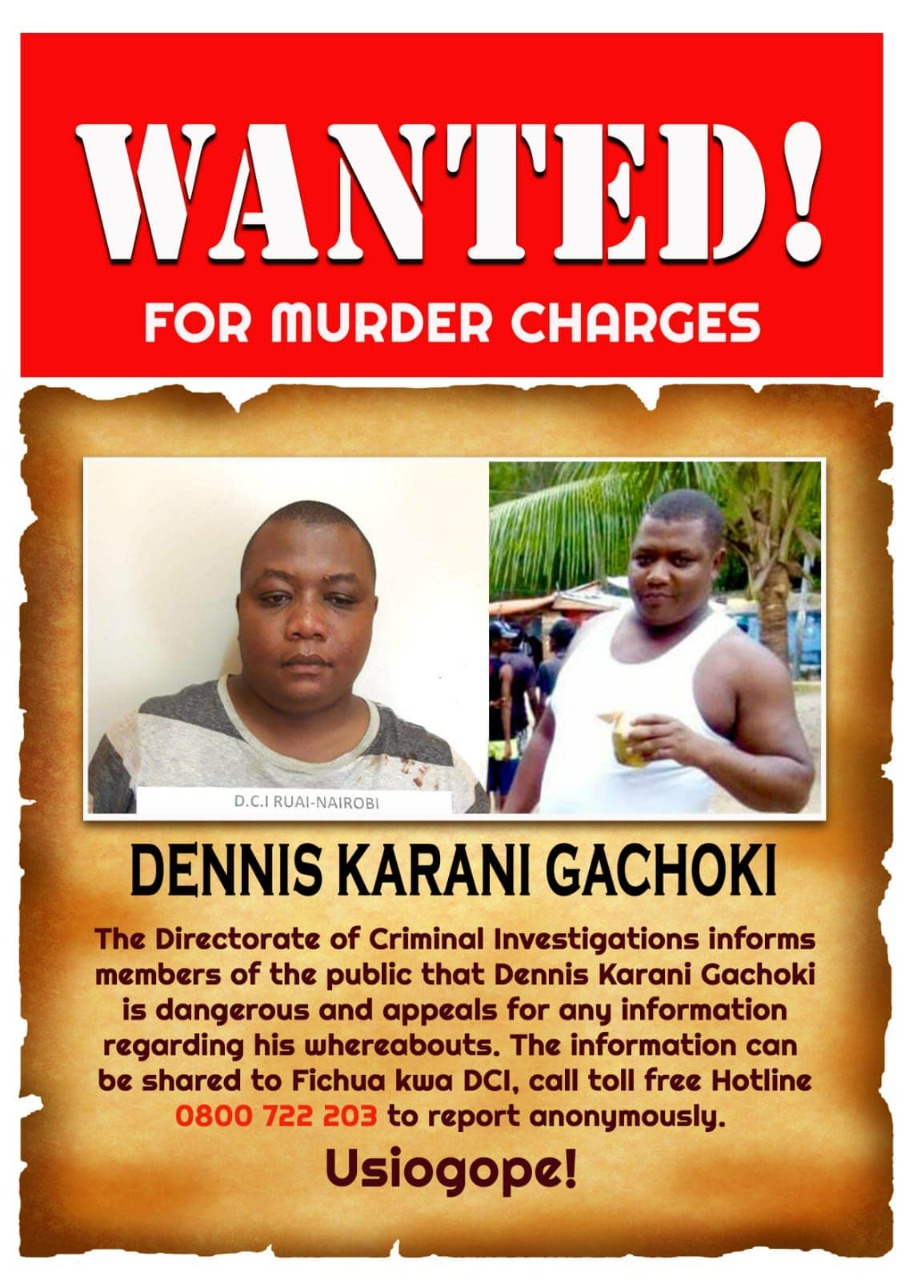 In one occasion, Gachoki’s accomplice was texted minutes before his arrest, throwing a spanner in the works of a meticulous operation that had taken months to put together.

The detectives based at DCI’s Communication unit say there was a fallout between the suspect and the deceased.

Gachoki is said to have, recently fallen out with his boss Muvota over sharing of proceeds from their Pishori trade, and beautiful women who would first pay with their flesh before being enlisted in the mafia-style organization.

This among other beefs are suspected to have led to a bitter fallout leading to Monday’s daylight murder of Samuel Mugoh Muvota, who has left behind seven grieving widows and countless children.

We believe that the suspect has already crossed the border to a neighbouring country.