2 Killed After Being Hit by Governor Lee Kinyanjui's Campaign Vehicle

The two were hit by the governor's campaign vehicle in Nakuru and died on the spot.

Two people have lost their lives in Nakuru after Nakuru governor Lee Kinyajui's campaign vehicle was involved in a grisly road accident on Monday, May 23.

According to eyewitnesses, the vehicle was being driven at a high speed from Nakuru city centre towards Nairobi.

The vehicle lost control and rammed into two boda boda riders who were heading to Nakuru, killing them on the spot. The vehicle had one female occupant. 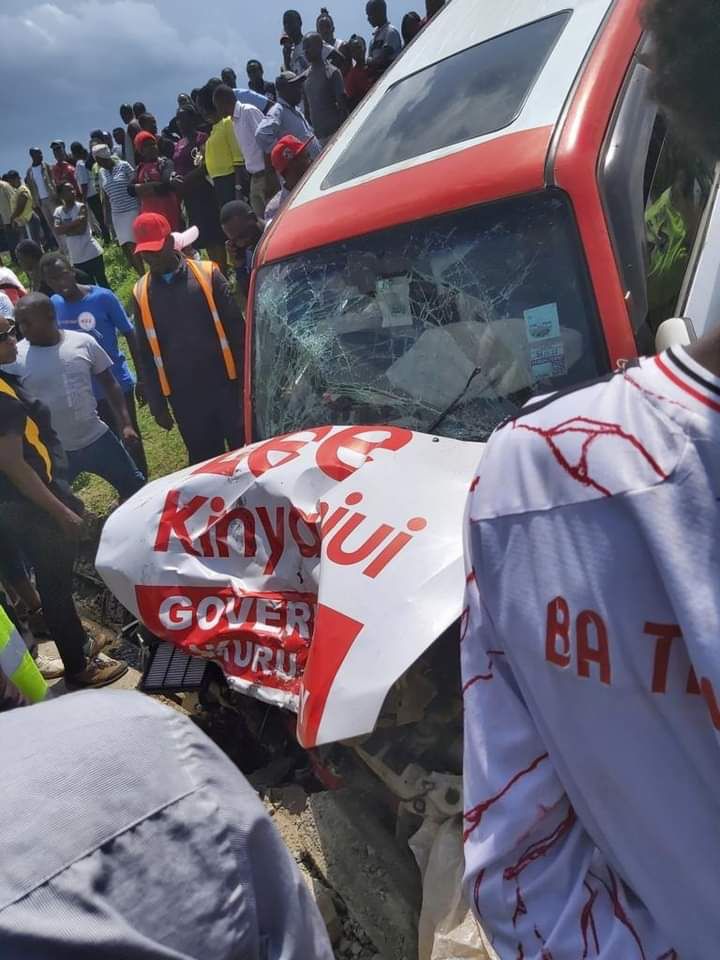 Taking it to his official Facebook page on Monday afternoon, the governor said that the incident happened at around 11 a.m. at Free area, Nakuru.

"Today, at around 11 am, a vehicle belonging to one of our team members was involved in a road crash in Free area, Nakuru. She was alone in the vehicle at the time of the accident.

"We regret to announce that two people lost their lives while two survivors are receiving medical attention," he stated.

The county boss passed his condolences to the families of the bereaved adding that all survivors in the accident were to be accorded medical care.

Governor Kinyanjui asked all road users to exercise caution while on the road.

Why NMS has Postponed the Launch of Green Park Bus Terminus