President Uhuru Kenyatta said that he hopes the prayers of his deputy William Ruto come true.

President Uhuru Kenyatta has said that he hopes the prayers of his deputy William Ruto for a peaceful retirement come true.

Speaking during the National Prayer Breakfast at Safari Park, DP Ruto wished Kenyatta a peaceful retirement once he exits office in August.

"My friend, President Uhuru Kenyatta, as you head to retirement it is my prayer that God will give you every aspiration of your heart and make it possible for you to enjoy the legacy that you have built and to enjoy every piece of the time God will give you. That is my prayer," Ruto stated amid laughter from the gathering. 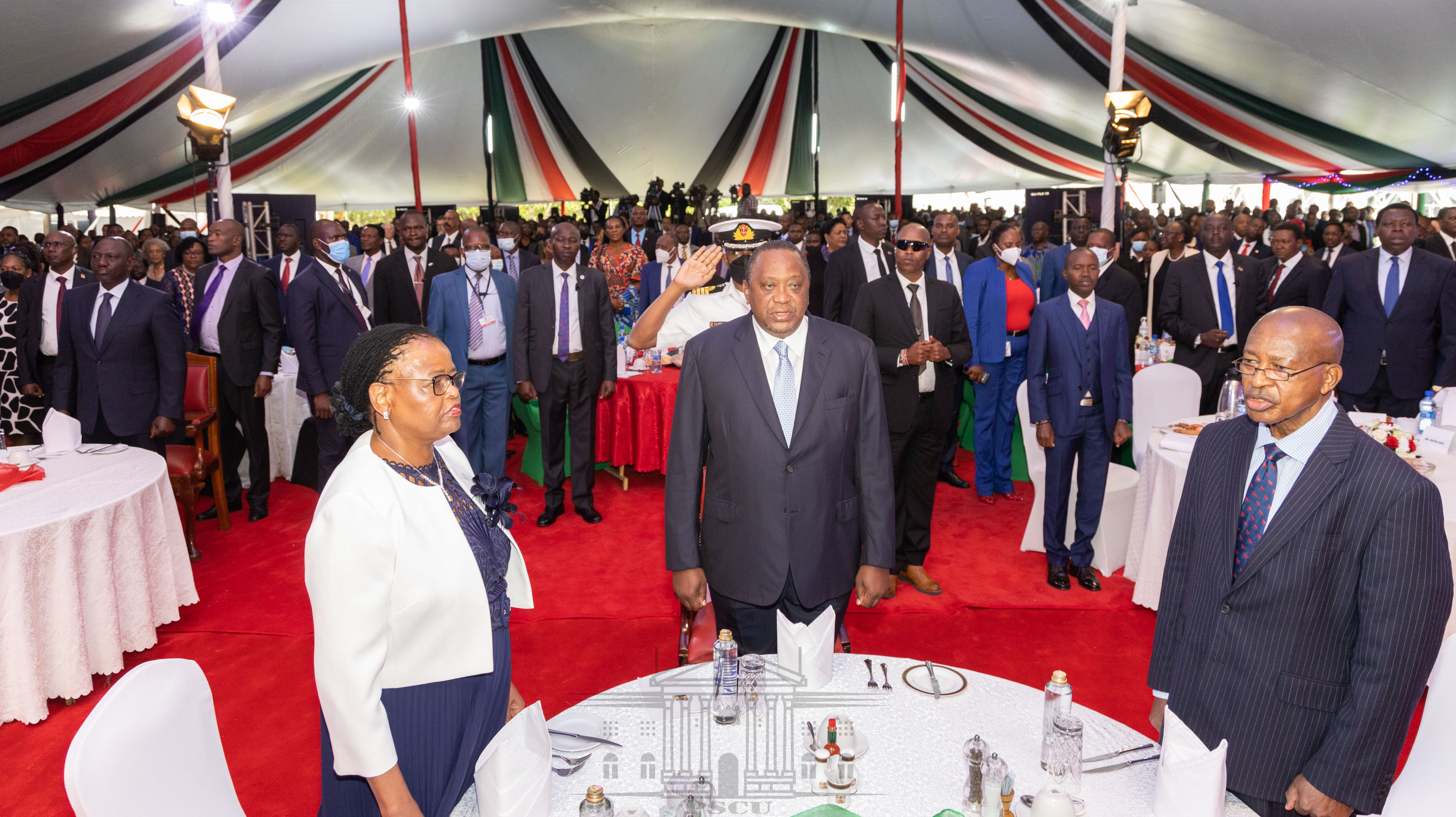 In a rejoinder, the Head of State noted that he hoped the country would be united even after the August elections.

President Kenyatta said he was looking forward to a peaceful retirement and enjoyment.

“It's my prayer that we'll end up much more united and stronger after this elections, like never before. I also do hope that the prayers of DP Ruto will come true; I'm looking forward to peace & enjoyment in the years to come. With God's grace tutakua tunaonana huko mbele," Kenyatta stated.

Leaders gather at Safari Park on Thursday for the 19th Nationa prayer breakfast. The clergy and politicians prayed and urged for peace during this electioneering period.