The Azimio presidential candidate launched his manifesto on Monday, June 6 at Nyayo stadium.

Wiper leader Kalonzo Musyoka has assured Raila Odinga of his support hours after his manifesto launch.

The Azimio presidential candidate launched his manifesto on Monday, June 6 at Nyayo stadium.

In a message on Facebook, Kalonzo assured Odinga that he would be his buffalo soldier until he clinched the presidency in the August polls.

"I've been by your side twice my brother Raila Odinga as you sought the Presidency of our beloved Republic of Kenya. I will be with you all the way as the Buffalo Soldier as you seek the prophetic Fifth with my sister Martha Karua Your family is my family and together our journey is unbwogabble," the former Vice president stated. 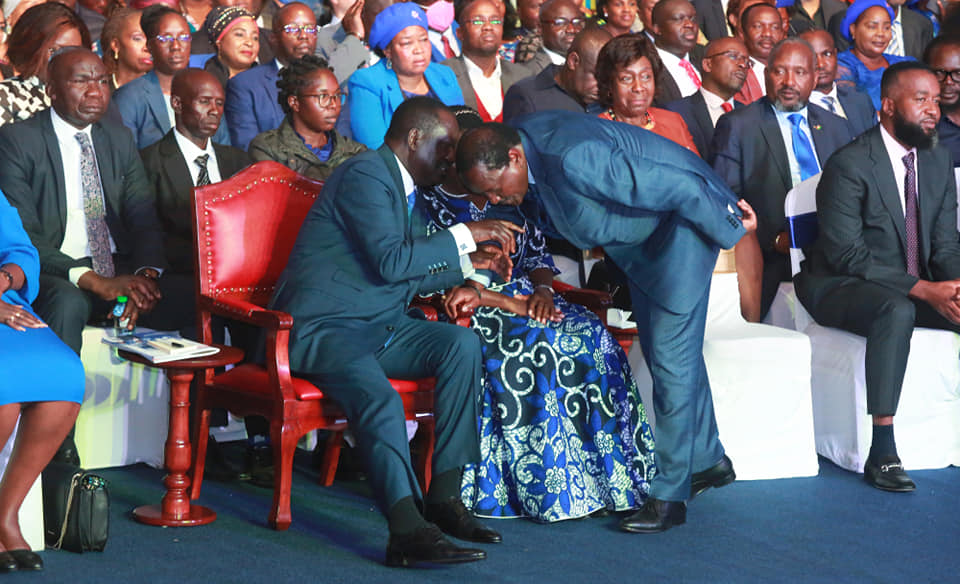 During the manifesto launch, the former Prime Minister and his running mate Martha Karua highlighted their 10-point agenda which will form the basis of his covenant with the people should he take over the office after the August general election.

Odinga also promised that his administration would offer free education from primary to university level.