The Azimio presidential running mate spoke on a range of issues.

During the interview, Ms. Karua touched on a number of issues and how the Azimio government will tackle them if it assumes power in August.

The Narc Kenya party leader pointed out that corruption was Kenya’s biggest problem, assuring that the Azimio government would watch over people’s money.

“We will be watching over your money relentlessly, ensuring that resources meant for agriculture and other public benefit projects don’t end up in people’s pockets,” Karua stated.

Ms. Karua said that school bursaries would be awarded transparently to students who are needy and deserving without corruption.

On gender in leadership, Karua said that the Azimio government believes in women’s leadership maintaining that it is a moment of gender equality. 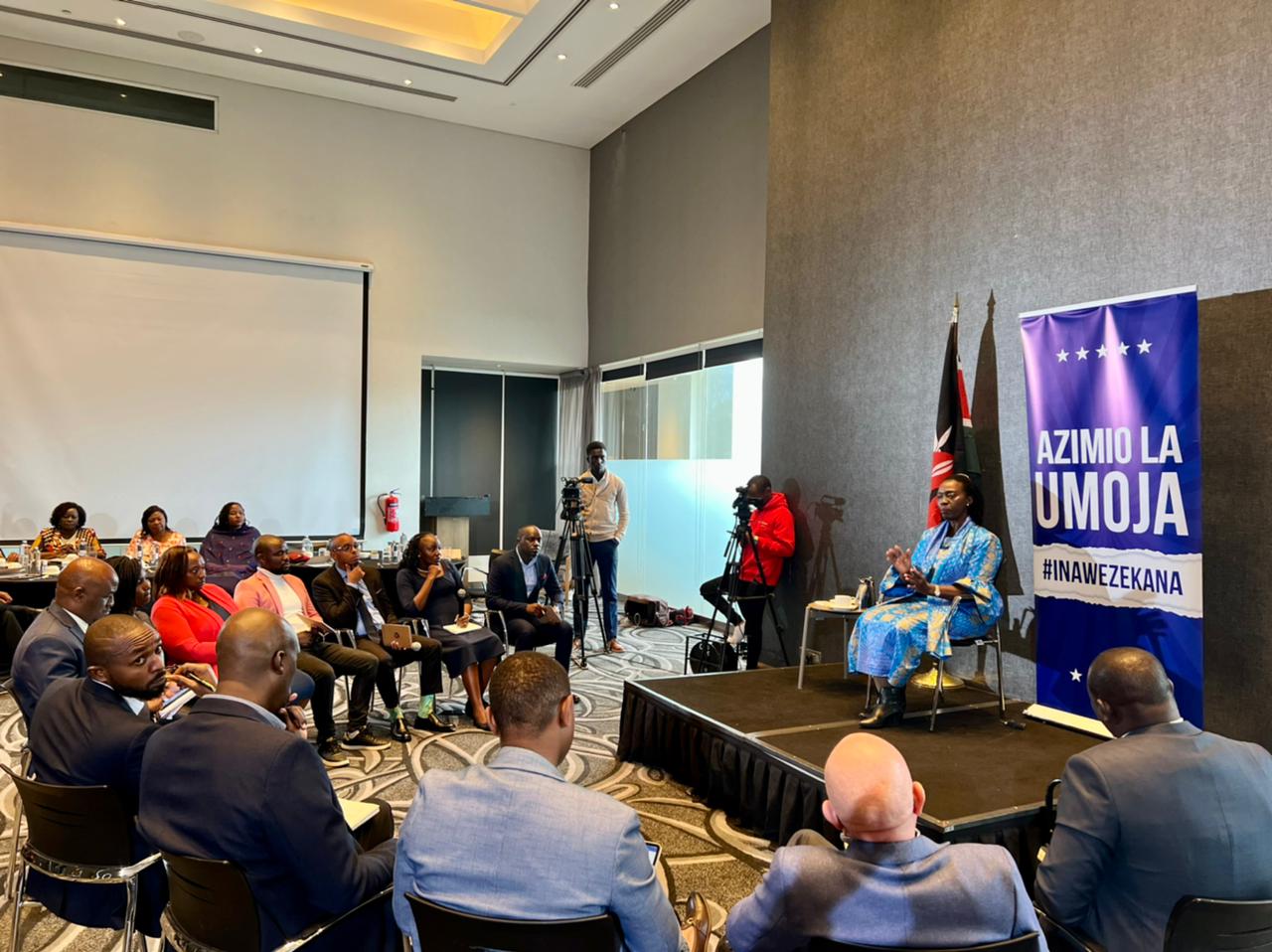 “Under Raila Odinga’s party/coalition leadership over the years, we have had more women elected than under any other. Azimio believes in women's leadership, the two-third gender rule and empowerment for all. This is our moment for gender equality; let’s seize it,” she stated.

On debts, Ms. Karua stated that borrowing was not bad because it was good for development and the only challenge was theft.

“Borrowing is not bad because we must borrow to develop. Our challenge is theft which has led to the loss of money which we have borrowed,” she stated.

She added that the Azimio administration would work to build internal professional capacity to work in and lead corporations and industries while enacting policies for a conducive business environment for inventions and start-ups to grow.

“I will respect Raila Odinga as my boss and I know he will do the same. The public is not concerned on the process of decision making, urguments between leaders they want to see results,” she said.