COTU boss Francis Atwoli is in Ghana for official visits

The Central Organizations of Trade Unions (COTU) Secretary-General Francis Atwoli has sparked mixed reactions online after displaying a photo of himself inside his well-furnished office in Accra Ghana.

In a short statement shared on his Twitter page on Friday, Atwoli said he had landed in the West African country and taken some time off inside his office in the country's capital.

Atwoli said the office, which had his official portrait, had been acquired for him courtesy of the Organisation of African Trade Union Unity, a union that brings together other trade unionists from all over the African continent.

The trade unionist is in Ghana on an official visit "for some administrative African trade union and Industrial relations issues".

"At my OATUU offices in Accra Ghana on some administrative African trade union and Industrial relations issues," he stated on his Twitter

Later in the day, Atwoli met other dignitaries in Ghana, including the Algerian Ambassador in Ghana Mr. Ali Redjel.

Atwoli said he had appealed to the Algerian authority for the release of the former labour leader Sid Said. 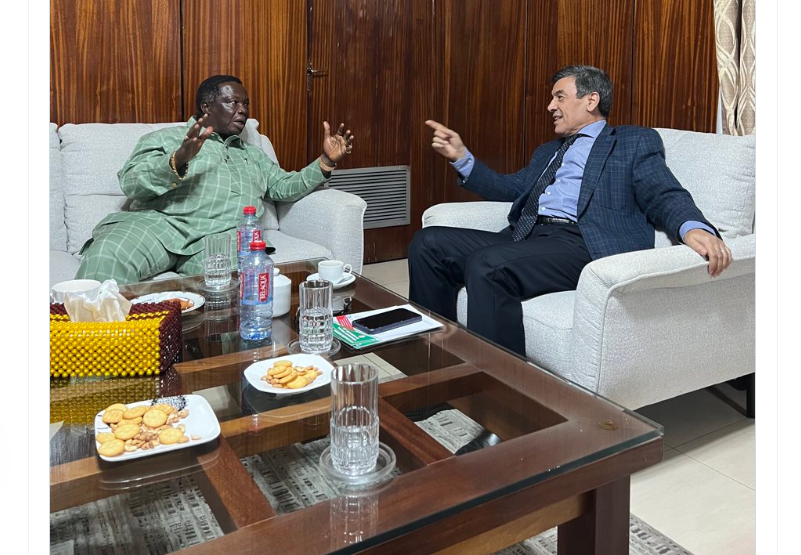 Speaking to a local TV station, Ruto said Atwoli is among the persons who wails power in the country, adding that his closeness with the mighty in the government including President Uhuru should not be taken lightly.

"Are you saying Atwoli is an ordinary Kenyan or a street person? Do you see him often around the powers that be? Do you take those statements lightly? Especially when they are said in front of the president? Do you think those statements should be taken lightly? Anyway we have moved on," Ruto said during a recent interview with NTV Kenya

George Natembeya in Trouble as Kutuny Warns Him Over Controversial Remarks

Why CS Kindiki Made Impromtu Visit to Nyayo House