In a tweet on Sunday, December 6, 2020, Mohamed dismissed a poster that was doing rounds on social media seemingly suggesting that he was joining K24.

"Please treat this as fake. You’ll hear it from me soon enough whether or not I’ll be coming back to TV or any other platform. Mafans ninawapenda wo...wote!" his tweet read.

"It has been a wonderful 10 years at Citizen TV. I have enjoyed & relished every moment I shared with my colleagues at RMS. I have decided to take a break after October In Sha Allah to concentrate on other matters. Loved the fans, the critics & everything in between. See you soon," he said. 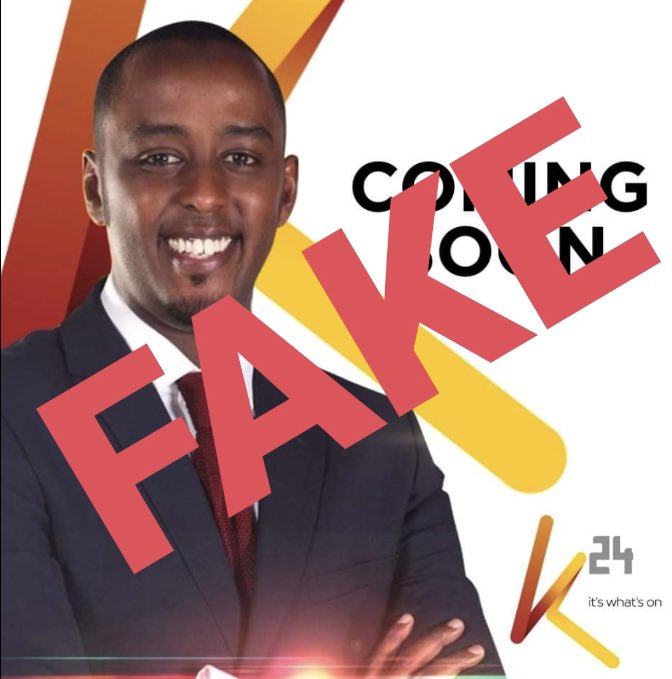 The poster that was shared on Sunday claiming that Mohamed was joining K24 came moments after journalist Anne Kiguta announced she had resigned from Mediamax owned K24 TV.

Kiguta said the stations editorial policy was one of the major issues that made her leave the station after two years.

Ms Kiguta's statement read: "It is with regret that today I announce that I will not be returning to the program. Owing to a fundamental disagreement on the editorial processes and direction the show was being forced to take, I suspended my services as an independent contractor to the show on 21st November 2020."

She continued: "My decision was guided by the Code of Conduct contained in tie Media Council of Kenya Act which guides all journalists practising in the republic of Kenya. As a result. I can no lager in good conscience continue to be a part of Punchline.”

In October, Kiguta made a bold statement against her bosses at the Mediamax owned a TV, when an interview with Kiharu MP Ndindi Nyoro was cancelled.

The journalist was widely lauded for going against the grain and defying orders to not host the Kiharu MP. Ms Kiguta explained to viewers why the interview was cancelled and boldly pointed fingers at her employer.