ODM to Lock Out this Group from 2022 Elections

ODM has announced that non-life members will not be eligible to fly the party’s flag in the 2022 General Election.

The Orange Democratic Movement (ODM) party has announced that non-life members will not be eligible to fly the party’s flag in the 2022 General Election.

In a statement on Tuesday, ODM Secretary General Edwin Sifuna noted that for one to be cleared to contest for a post on the party’s ticket, he/she ought to have been a life member of the party for at least one year.

Sifuna further noted that all aspirants interested in contesting under ODM should therefore ensure that they register to belief members by August 2021. 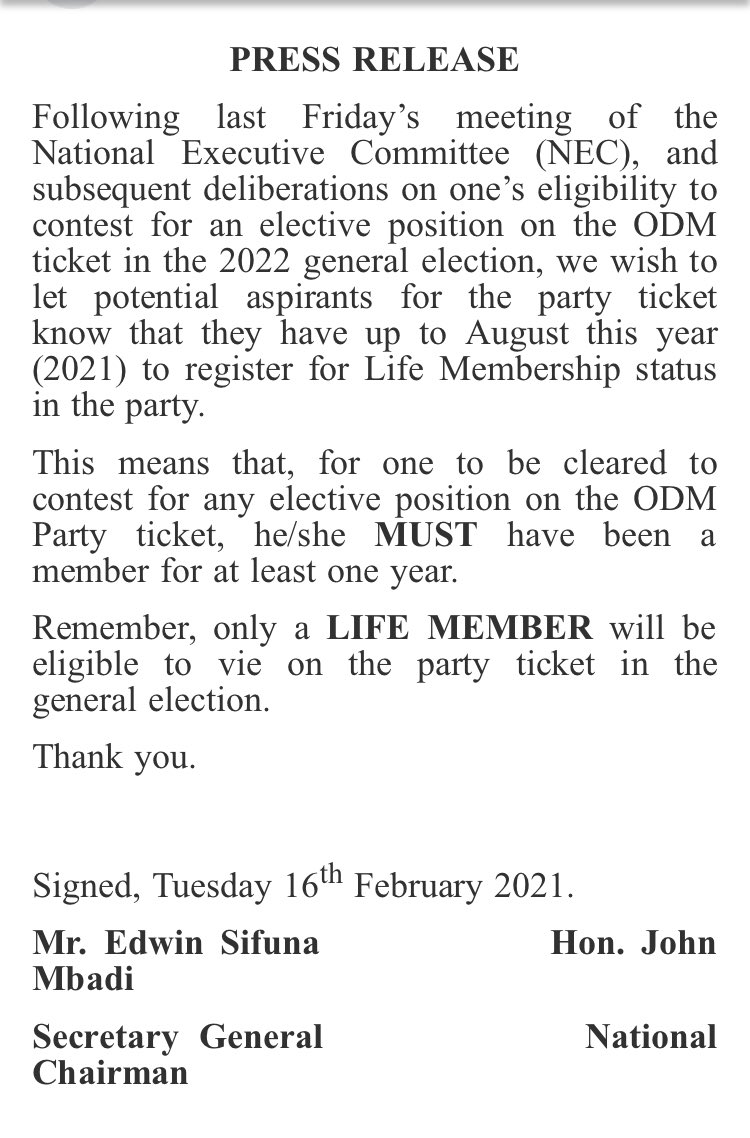 Meanwhile, the party conducting a mass registration and verification exercise for interested members.

The move is in preparation for grassroots elections set to be held later this year. 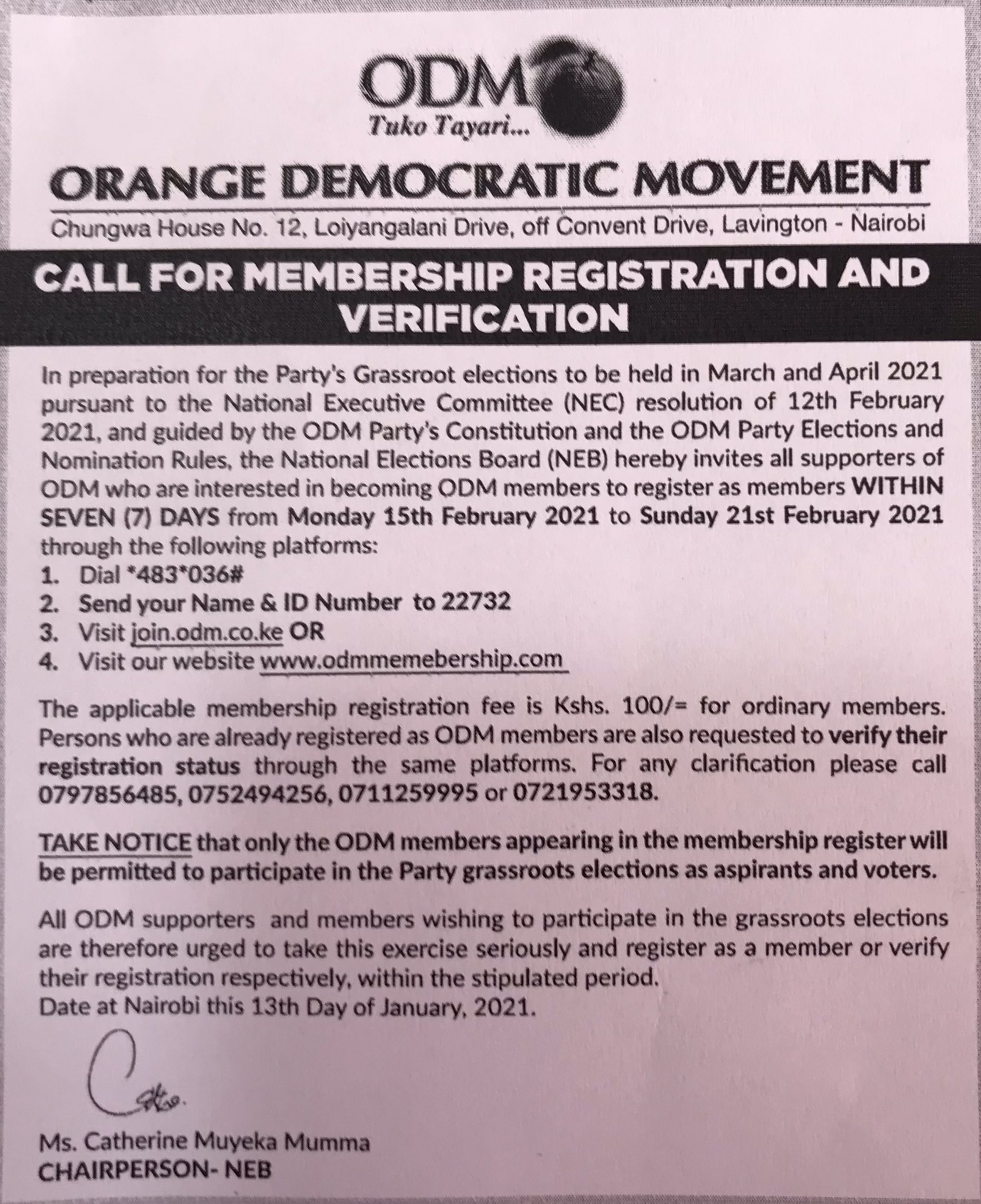 ODM has been involved in a series of meetings and in-house deliberations in a bid to strengthen the party ahead of the 2022 general election.

Over the past years, the party has lost some seats in its perceived strongholds due to a lack of effective structures, especially during nominations.

The most recent case was in Msambweni where a disgruntled former member of the party vied as an independent candidate and won, despite the Orange party pitching camping and unleashing massive resources during the campaign period.

Poets and Writers Around the World Come Together to Spread Love, Hope and Optimism

Prominent School to be Demolished for Construction of Mall