Kapseret MP Oscar Sudi has claimed there are many politicians in the country who also have no academic papers just like him.

Speaking on Saturday, July 2, at a function in Kesses constituency Uasin Gishu county, Sudi wondered why the courts have been going after him over his academic certificates, claiming 2022 general elections had revealed that there are many other politicians out there who also have no papers.

In particular, Sudi made fun of Raila claiming he is in the same pool as him.

The Ruto allied legislator said with the current rate, it will be so hard to determine a politician who has genuine academic certificates. 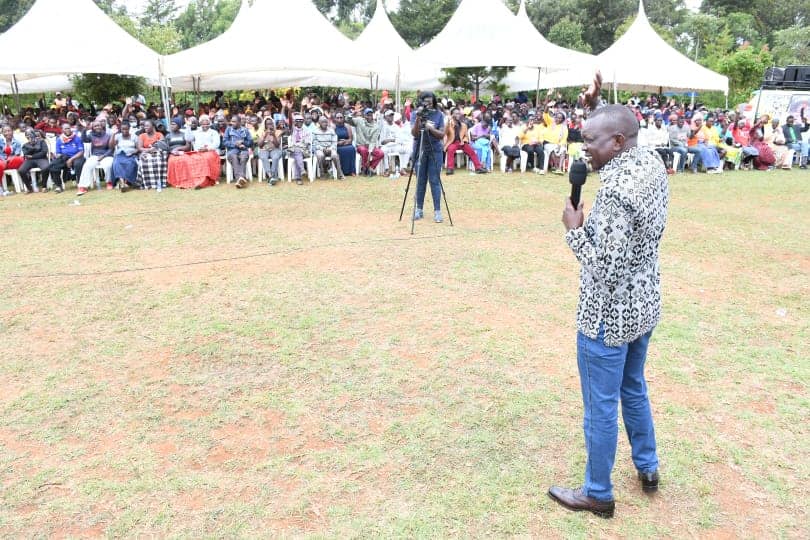 He, however, went ahead to cite one politician whom he thinks has genuine papers in the country.

According to the legislator, Bungoma Senator Moses Wetangula could be among the few politicians in the country with genuine academic papers, adding that his

"Those with real papers are very few according to my inquiry. I can only say Moses Wetangula is the only one with genuine papers from the way he talks and presents himself but all these others are in my group," added Sudi amid laughter from the crowd.