Several people are feared dead after a nasty accident along Eldoret Webuye road on Sunday morning.

According to reports, the accident happened in the Miti Mbili area near Turbo. 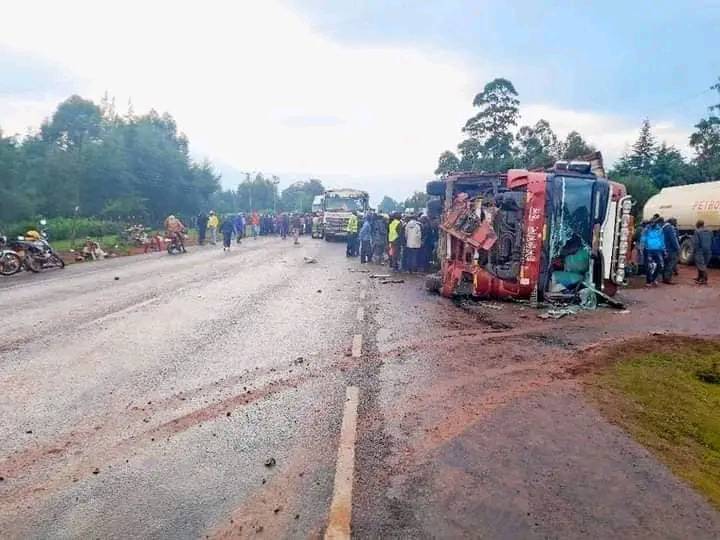 From the photos shared online, one of the trucks overturned on one of the passenger matatus totally crashing it underneath. The other matatu crashed after hitting the rear end of the other truck.

However, details of what led to the fatal accident still remain scanty. It is suspected that several passengers could have lost their lives in the accident. 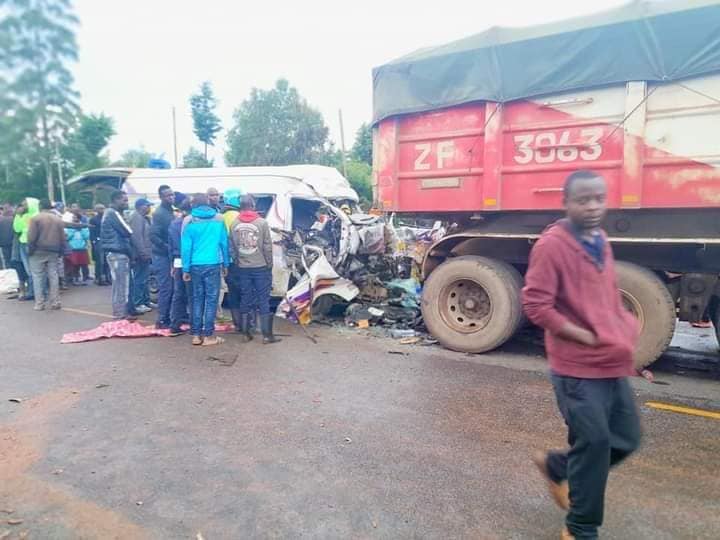 Firefighters from Uasin Gishu county have already arrived at the scene of the accident.

This comes in the wake of another grisly road accident at Matunda Sikhendu Bridge involving a tractor, Boda Boda, and a 14-seater matatu on Saturday night. Three people reportedly lost their lives at the scene 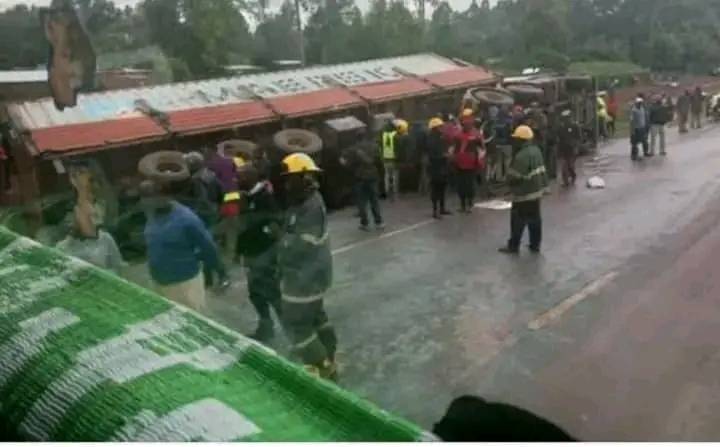