Comedian Terence Creative has broken silence on his tough co-parenting situation with the mother of his firstborn daughters.

Fans wanted answers during a Q&A session on Instagram and Terence offered replies to their questions about his family.

The comedian was asked by a fan why he was avoiding answering questions about his daughter to which Terene explain that the current situation is hurtful to him. 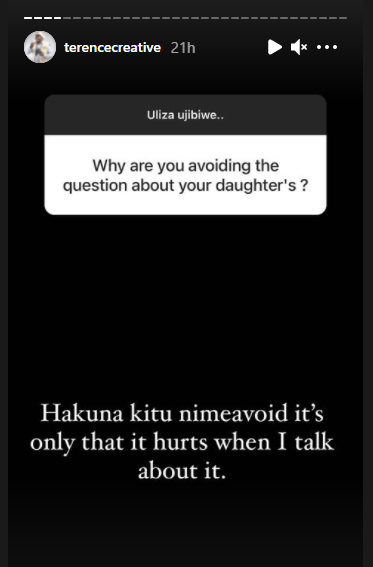 Terence revealed that his first daughters have only visited his house once and at the moment he does not know where they live.

He added that he only gets to see them in school but their mother keeps changing them from schools making it difficult for him to have access to them although the courts gave them shared custody. 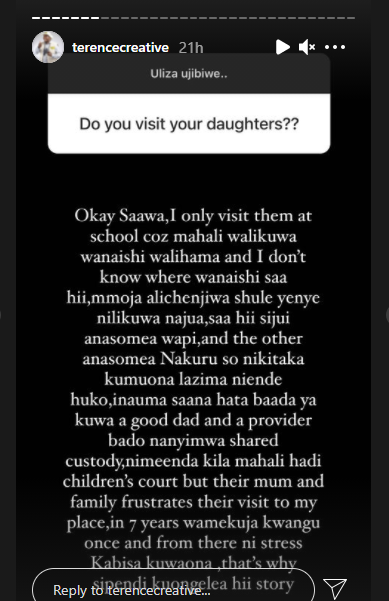 The comedian also revealed that his youngest daughter Milla, who he sired with his wife Milly Chebby has never spoken to his sisters since she was a baby when they last met.

Drama began in 2020 when the baby Mama Eunice Waneta emerged with damning allegations, accusing the comedian of being violent in their previous relationship days after he celebrated her on mother’s day. 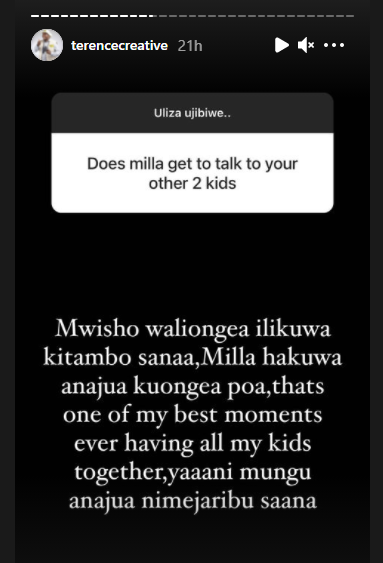 "He left us when we had nothing and he has been an on-and-off dad, but since he knows I am in a good position to raise my kids, that is why he wants to show the world he is a present father figure," Waneta said.

"Let the kids and I have our peace and let each one of us concentrate on their own lives. As for me, I am seriously dating and I do not want anyone to come between me and my man," she said.

"If he happens to appear with that nonsense of posting my photos and showering me with love, he is giving my man questions marks of whether we are still on good terms."