On Wednesday, a section of netizens led by Dikembe Disembe called for Mutula’s resignation, arguing that he cannot continue holding the lucrative post if his party pulls out of NASA as earlier announced.

“House leadership positions belong to coalitions or parties. Once a coalition has disentangled/disintegrated, the positions go to the largest single parties. Calling a press conference to announce that NASA is dead, then failing to to resign, is dishonesty,” Disembe posted.

Reacting to Disembe, Mutula noted that the person is not issued on a merry-go-round basis.

“It is not a merry go round seat . Wacha mzaha,” Mutula tweeted. 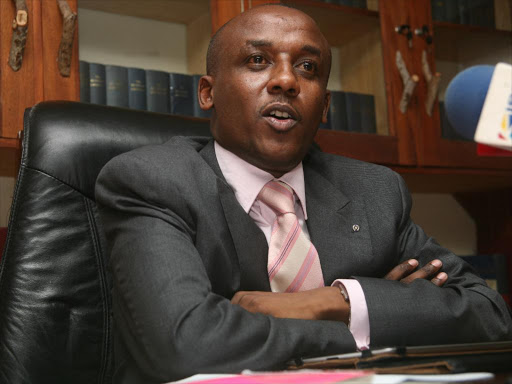 Mutula’s point of view was supported by ex-NASA CEO Norman Magaya who recently joined Wiper. According to Magaya, the position has a fixed 5-year term.

“Wacha hii bro . Those positions are grounded on five year term,” he tweeted.

Addressing the press, Wiper Party leader Kalonzo Musyoka declared that they had reached the decision to exit NASA after long deliberations.

"We've had a very useful consultation as wiper democratic movement culminating in our decision to exit NASA and welcome a new formidable coalition. The coalition in my view will be spearheaded by the One Kenya Alliance (OKA).

"We are cognizant of the current political environment. One Kenya Alliance comprises of Wiper, Ford Kenya, ANC, and Kanu, we are open to receive and work with other like-minded political formations," the former Vice President stated.