Raila, OKA Leaders Back at State House for Meeting with Uhuru after Nakuru, Naivasha Declarations

ODM Leader Raila Odinga and the four principals of the One Kenya Alliance (OKA); Kalonzo Musyoka, Musalia Mudavadi, Gideon Moi and Moses Wetangula are reportedly back in Mombasa, for another meeting with President Uhuru Kenyatta.

The leaders had a meeting with the President last week, where it was reported that the Head of State requested them to consider working together and fronting one presidential candidate.

Following the meeting, OKA Leaders retreated to Naivasha for a 2-day meeting after which they announced that the alliance will front a presidential candidate in 2022.

As the “Great Rift Valley Declaration”, we hereby unequivocally state that One Kenya Alliance will field a presidential candidate in next year’s general elections," they said in a joint statement. 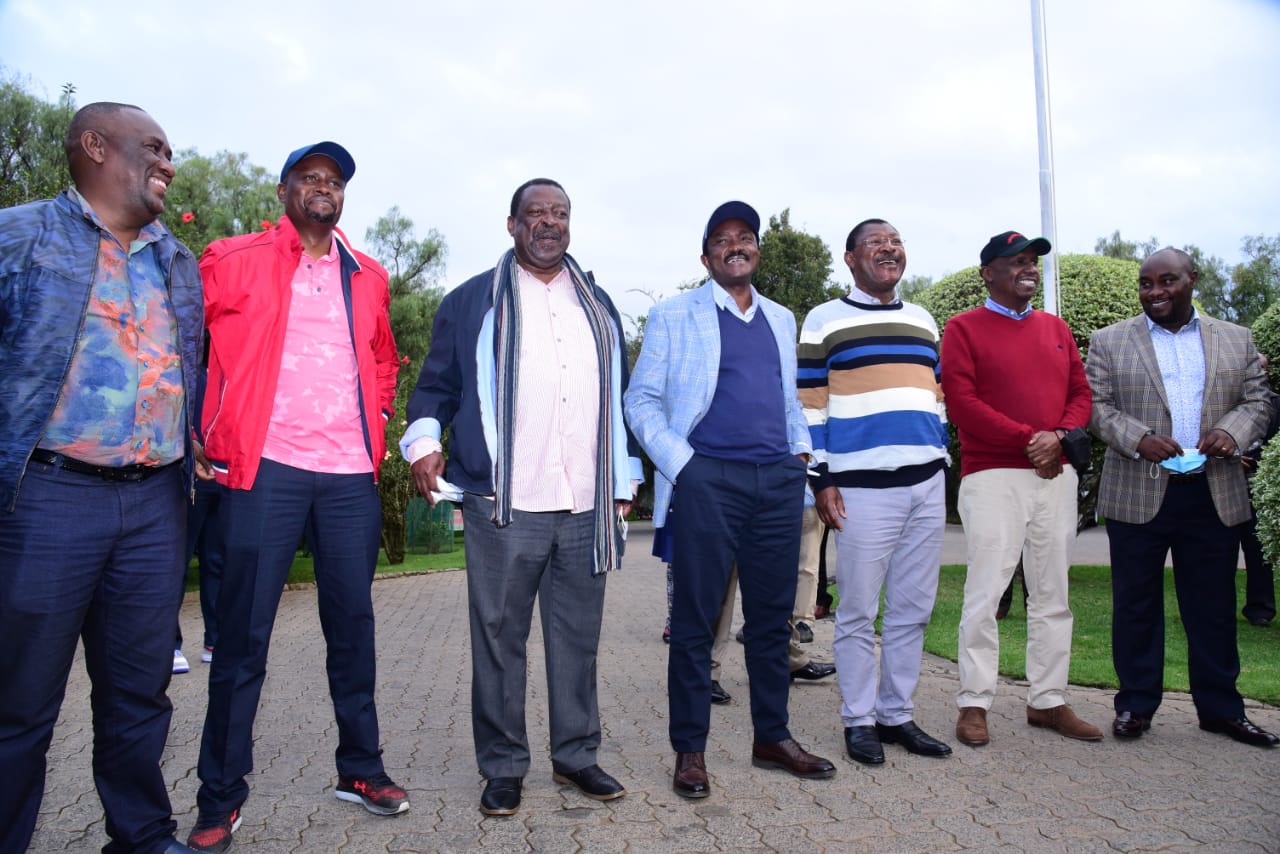 On the other hand, the former Prime Minister led a delegation to Nakuru County where he urged Kenyans to be united and shun divisive politics.

"We are coming together with a political and governance framework that ensures our economy works for each and every one of our citizens.

"Our society is diverse, divided and complex. No single man or woman can be our sole messiah. We therefore have no option but to build inclusive political processes," Odinga said.

In a separate meeting, Jubilee’s National Management Committee met and approved that the party engages ODM in coalition talks ahead of 2022.

Following the meetings, Odinga and OKA leaders jetted back to Mombasa where they are expected to meet the Head of State for further deliberations.

Speaking to Nation, Jubilee Party secretary General Raphael Tuju confirmed the meeting adding that it had been scheduled. National Minority Leader Junet Mohammed also confirmed the meeting, noting that the agenda will be likely be the same as the first meeting held last week.

"Yes the meeting is on today. I think it’s about the same issues discussed previously,” Junet told Nation.

President Kenyatta and the other leaders are expected to issue a statement after their meeting.