On Tuesday, November 2, 2021, Senate probed the orders by CS Amina to audit Football Kenya Federation (FKF) which elicited a heated debate on the motive born by the ministry. 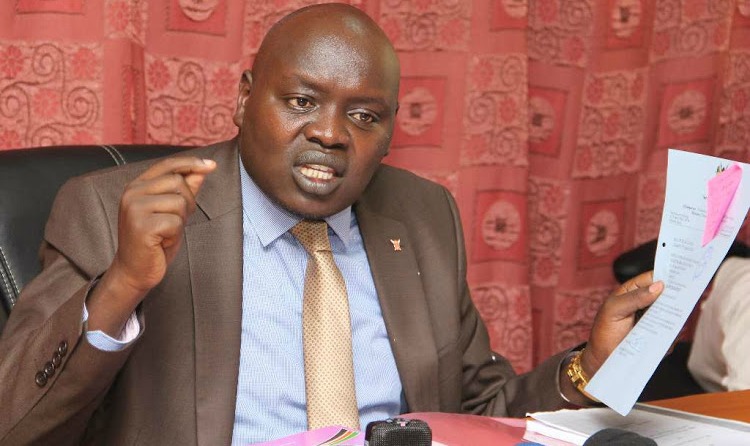 "Can you believe in Ksh40 billion sports fund, they have allocated Ksh31 billion for Woodball, Kung Fu Ksh81 billion, yet things like rugby, athletes and football, have not been well funded," Cherargei stated.

The Nandi senator argued that a number of sports stadia in the country have been allocated billions of shillings but are yet to be completed.

He further noted that other stadia that had gobbled up millions still could not meet Federation of International Football Association (FIFA) standards.

"The same stadia have been banned. They cannot even host friendly matches,” Cherargei paused.

He further noted that the directive by the ministry to ban FKF is an interruption of sports. He argued that the move could risk Kenya being banned by FIFA.

The lawmaker stated that many youths who are making a living through sports could be affected should that happen.

Cherargei's sentiments were echoed by Bungoma Senator Moses Wetangula, who requested for a comprehensive inquiry by the Committee on how the Ministry of Sports manages its affairs.

“This question is very important, and I want to urge my distinguished nephew to broaden the inquiry not only on football but sports in this country. FKF is now limping, but instead of getting support, we are now embarking on the punitive and malicious investigation against it,” Wetangula stated.

However, a section of sports unions leaders have defended CS Amina, stating that the attacks against her are politically motivated.

Rugby Union Athletics Kenya and the Kenya Volleyball Federation leaders lauded the CS for having put in place systems to ensure proper and equitable disbursement of funds.

"We have received good funding from the government and as rugby, our books are always open to accountability," KRU Chairman Oduor Gangla stated.

"The government supported us and even gave players stipends to survive when there was Covid-19," Chairman Kenya Basketball Federation, Paul Otula, stated.

DP Ruto Issues Demands to OKA, ODM Ahead of 2022 Polls