Uproar as Police Forces His Way Into Car Through Window (Video)

The police officer seemed to be infuriated before he forced his way into the car through the window.

A traffic police officer has attracted backlash on social media after he was captured on camera forcing his way into a car through a window.

In a video shared online on Wednesday, the unidentified officer was seen in the beginning leaning on the passenger window of a private car along Kenyatta Avenue, Nairobi.

Based on the video, there seems to be a confrontation between the police officer and the motorist that continued for a few seconds.

Shortly,  the officer is seen forcing his way into the car using the window on the passenger seat side.

The video did not go well with a section of netizens who castigated the move by the officer terming it as against the law.

Below are a few reactions as seen by Nairobileo.co.ke. 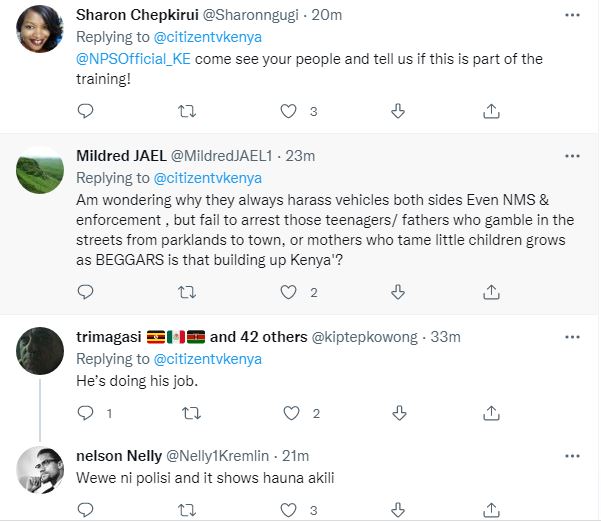 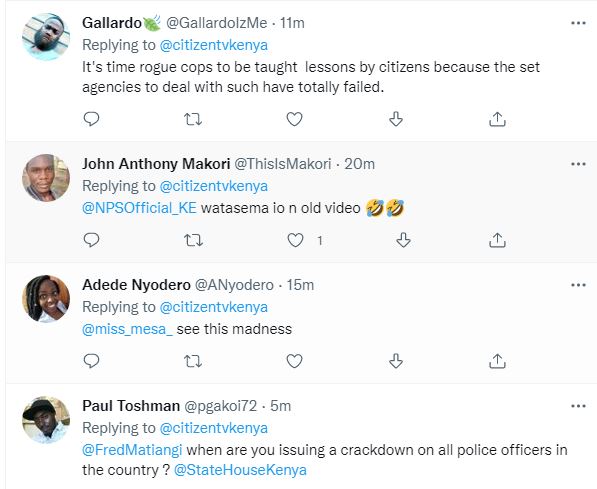 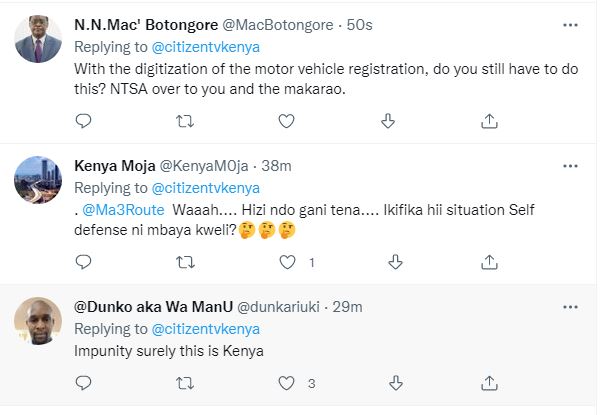 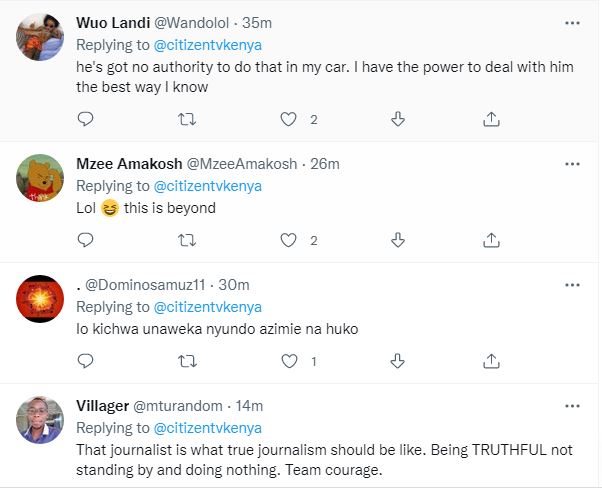 Here is the video courtesy of Citizen TV.

The incident comes barely weeks after a motorist assaulted a police officer at an unidentified location in Nairobi.

In a viral clip, the motorist was seen punching the traffic before before members of the public came to the rescue of the officer.

The motorist was later arrested with police condemning the act and assuring a heavy penalty on the culprit.

“Section 103 of the National Police Service Act No. 11A of 2011 provides for a harsh punishment against an act of aggression towards a police officer on official duty. This includes a fine of 1 million shillings and imprisonment to a period of ten years,” the police said in a statement.

Unexpected Details Emerge on Murder Suspect Who Scored 402 in KCPE

Millicent Omanga Under Fire after Calling Out President Uhuru Kenyatta