There was a scare at State House Nairobi after a businessman and his driver drove into the Presidential residence with President Kenyatta's motorcade.

There was a security scare at State House Nairobi on Tuesday, March 2 after a man drove into the State residence.

The Ruiru based businessman broke protocol and followed President Uhuru Kenyatta back to his official residence after attending the burial of late Juja MP Francis Waititu.

Reports have since indicated that security at the State residence has been heightened following the scare.

The man joined the motorcade soon after the conclusion of the burial and 20 minutes later, he was at State House. 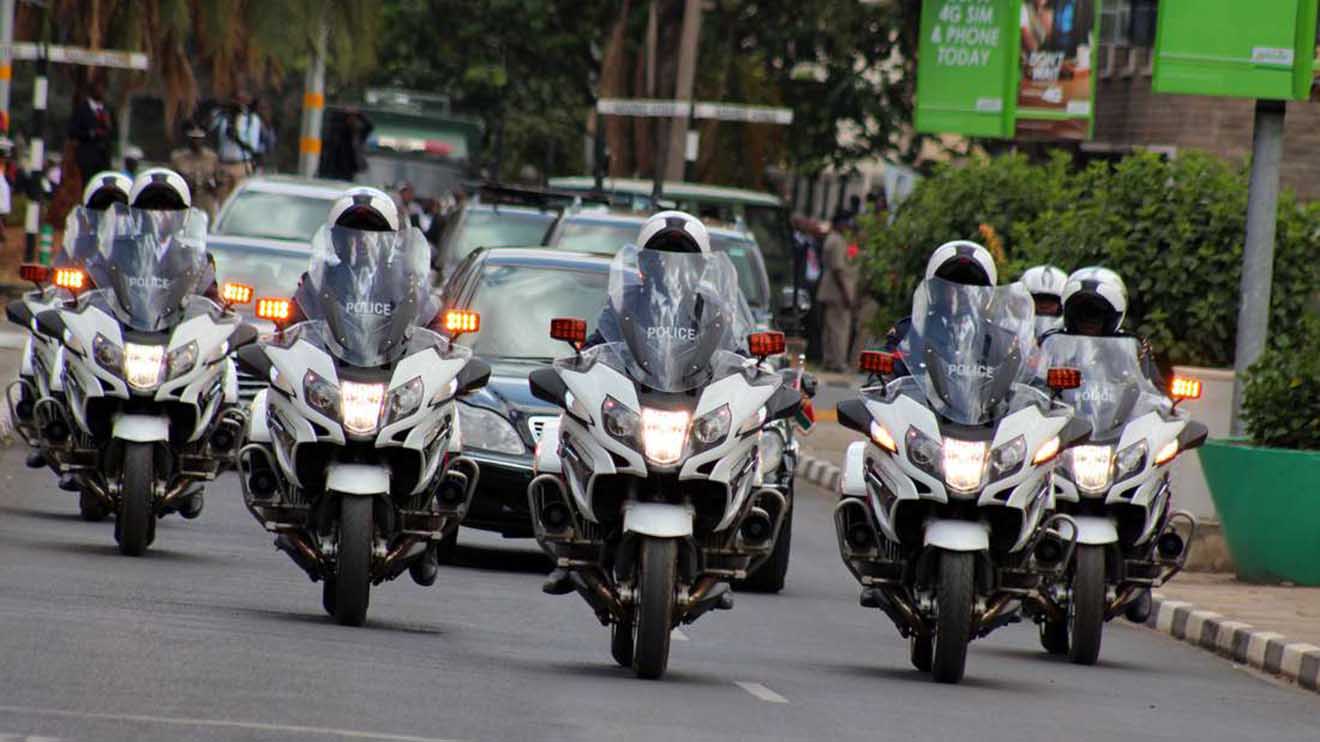 His presence was noticed when he broke protocol and drove past President Kenyatta's car while he was alighting.

The Head of State's security protocol requires that no person is on the move while he alights or boards a car.

Security personnel is said to be familiar with the businessman, but how he managed to maneuver and get into State House unnoticed was of great concern.

An official adept with the matter told a local daily that the matter had been taken elsewhere and "solved".

In a presidential escort detail, there are the inner, centre, and outer circles.

The inner detail is tasked with knowing who is in the president's car or which car is close to his.

“They are core and can do anything to protect the president’s car. No car is allowed there and they are always in communication,” the official was quoted as saying.

The centre circle is always aware of which cars are close to, behind or ahead of the inner. The outer circle clears the way for the motorcade.

The businessman and his driver joined President Kenyatta's motorcade at Juja immediately he left the burial.

He revealed to police officers that by the time they reached Githurai, his vehicle was a few metres from President Kenyatta's car.

At one point, the escort team spotted him and attempted to block him off. They were however distracted by crowds of people who wanted to view the motorcade.

The businessman's driver stated that he drove into State House when they got there and found the gate open. He conceded that he did not know that he was not supposed to overtake the cars.

He was arrested alongside the businessman while they alighted from their car and were whisked away.

They were held at State House and debriefed before being handed over to Kilimani Police boss Vitalis Otieno.

“They apologised and were remorseful after learning they had breached the protocol,” the officer stated.