President Uhuru Kenyatta and his family has been accused of owning billions of shillings in offshore accounts by Pandora papers; the latest leak of financial documents that has exposed the dealings of world leaders, politicians, and billionaires.

The BBC reports that President Kenyatta and six members of his family secretly own a network of offshore companies. The Kenyatta family has been linked to 11 firms; one of which has assets valued at over $30m which translates to Kshs3.3 billion.

The BBC further reports that a foundation named Varies was set up by the Kenyatta family in 2003. Kenya’s former First Lady Mama Ngina Kenyatta is reportedly the first benefactor while President Kenyatta is the second beneficiary. 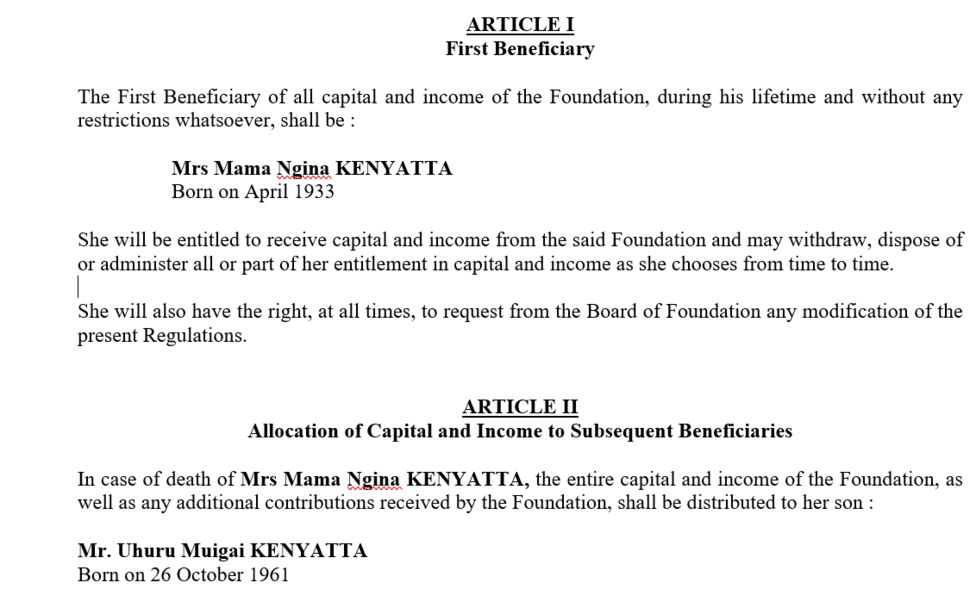 A page from the Pandora Papers. [Photo: BBC]

According to The Guardian, the assets accumulated by the Kenyatta family include property in London.

“In Kenya, the president, Uhuru Kenyatta, has portrayed himself as an enemy of corruption. In 2018, Kenyatta, he told the BBC: “Every public servant’s assets must be declared publicly so that people can question and ask: what is legitimate?”

“He will come under pressure to explain why he and his close relatives amassed more than $30m of offshore wealth, including property in London. Kenyatta did not respond to enquiries about whether his family wealth was declared to relevant authorities in Kenya,” The Guardian reported.

According to reports on the BBC, close to 12 million files from financial service companies in British Virgin Islands, Panama, Belize, Cyprus, the United Arab Emirates, Singapore and Switzerland were leaked in the latest leak.

The Pandora Papers has revealed financial details of 35 current and former presidents, prime ministers, and heads of state. Other influential persons mentioned in the leaked documents include; senor public officials like ministers and judges from over 90 countries across the world.

His 40 Days are up - Senator Kihika Reacts after Uhuru, His Family Appear on Pandora Papers